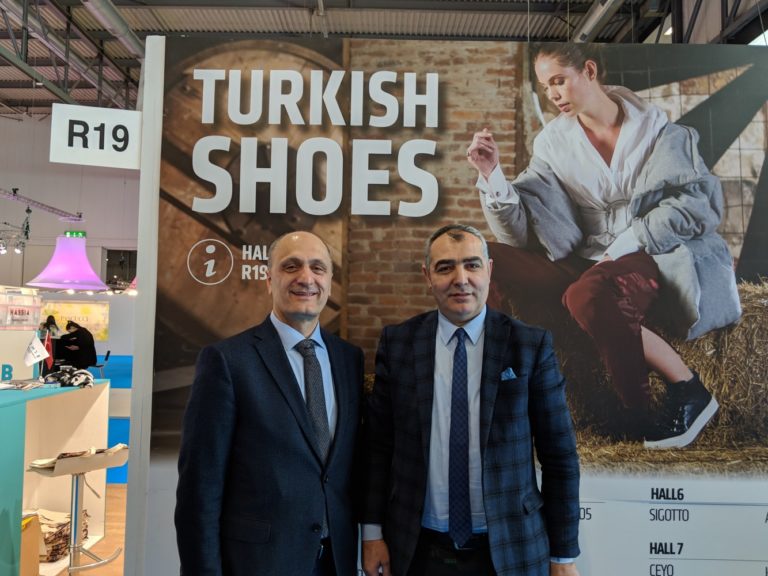 I Nuovo, Tuffoni, Corrente, Vicco, and Sekada… are just a few of the 31 names in Turkish footwear that were the protagonists of the last edition of the MICAM with increasingly qualified and attractive collections of footwear. Set up in collaboration with the IDMIB Istanbul Leather and Leather Products Exporters’ Association, the Turkish collective represents an industry of great importance on the international footwear panorama, as explained to us by Hüseyin Ҫetin, vice president of the IDMIB executive committee, who met up with us at the fair: “With an annual production of 500 million pairs, we are the sixth leading global footwear manufacturer, and the first in Europe”.

The Turkish footwear industry and its supply chain boasts of 22,500 businesses, all located in important production districts like Istanbul, Ankara, Izmir and Adore… and the products coming out of their factories reach 177 countries worldwide: “With exports that continued to grow – declares Hüseyin Ҫetin – by 10% in 2017, the expectation is that of achieving +30% in 2018, thanks to a changed economic-political context in Eastern countries. Before the crisis, we exported a footwear value of 130 million dollars to Russia, which then plummeted to 50 million dollars. Today, however, we have recovered lost shares and predict a 2018 year-end closing of 200 million dollars in footwear exports. Another destination that is a source of great satisfaction is the USA, where our exports grew over the last year by an astounding +100%”.

Turkey is not only an exporter, but is also an increasingly important consumer market: “Of the 500 million pairs of footwear produced in Turkey, a good 200 million are destined for the domestic market. – explains Mustafa Şenocak, IDMIB president – We are also a country of importers, more often than not of leading designer labels especially of Western origins in the mid to high-end price range and of low-cost products coming from the East. But, if up until a few years ago, the trade balance was unfavourable, today we have succeeded in reversing the results and, with an export value of 734 million dollars and 660 million dollars in imports; in 2017, we recorded a trade surplus of 74 million dollars”.

Merit of this success is the qualification of the Turkish product, which is more attractive today, thanks to the quality of the construction and the materials, along with the contemporary design. “Investments made in professional training and design, with the inauguration of a dedicated faculty at the University of Istanbul, and in technology, with the modernisation of production plants has allowed for the qualification of our products. – declares Mustafa Şenocak, – Our association is also promoting the creation of two specialised engineering and technology degrees for the footwear industry, which will further qualify our footwear”.

This is why Turkish footwear today can compete on equal terms with leading producers in international markets, not only when it comes to selling its products, but even when it’s a matter of investing in important acquisitions, as in the case of the Zylan group with the Lumberjack brand… “Fairs like the MICAM and Expo Riva Schuh allow us to better promote our footwear and projects on an international level and we are sure that our access to the European Customs Union will make this profitable collaboration even better. – concludes Mustafa Şenocak – Our mission is worldwide, with the aim of becoming one of the first five leading global exporters”.