Between real and virtual, the fashion industry gives a strong signal to restart: fashions shows-events in Florence and Rome and a fashion week in Milan which, unlike the one in June, will become physical again, as well as digital 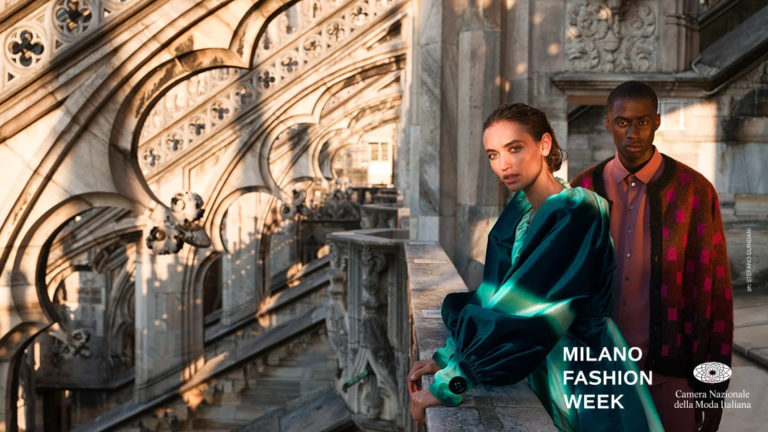 The numbers of Milan Fashion Week announced by the President of the Fashion Chamber, Carlo Capasa, during the press conference are hopeful. Compared to a few months ago, appointments have increased: 159 events planned, of which 86 live ones, between presentations and fashion shows (28). A deployment of forces that a few months ago would have been almost unthinkable, made possible mainly thanks to the “big brands that contributed to its creation with their participation,” he said. The Fashion Chamber platform already used for the men’s virtual presentations held last July (the only two live runway shows were by Dolce e Gabbana and Etro) will also be used for the digital shows of Milan Fashion Week and will be accessible from all over the world, including Japan, mainland China (thanks to the partnership with Tencel) and the United States (through the New York Times website). Facebook, Instagram and YouTube will be the main social media platforms involved. Citizens of Milan will also be able to experience the MFW, thanks to some screens positioned ad hoc in the city center.The expected protagonists are Dolce e Gabbana, which officially re-entered the MFW calendar, and Valentino, who will host a fashion show in Milan instead of the usual Paris. Among the new entries and returns are Redemption, MM6 Maison Margiela, Aquilano-Rimondi (with the shi.RT project), Francesca Liberatore, Elisabetta Franchi, Shuting Qiu, Emilio Pucci and Andrea Pompilio. The brands supported by CNMI in this difficult historical moment are DROMe, Simona Marziali – MRZ, Gilberto Calzolari, Act n°1, Marco Rambaldi, Coliac. A mix of live fashion shows and digital content (hence the term "phygital") is scheduled for 22 – 28 September 2020. Each designer will be responsible for choosing how to present the new collections, both the women’s S/S 2021 and – for the first time – the men’s collections usually presented in January and June. Carlo Capasa is in favour of this new possibility to show the collections: “with the aim of allowing each company and designer to present themselves in a way that best suits their narrative needs.”After holding a runway show without guests in February 2020 and having skipped the digital appointment in July, Giorgio Armani announced that he will hold his next co-ed show behind closed doors, turning it into a 40-minute live television program entitled 'Timeless Thoughts' which will be broadcast on Saturday 26 September in prime time on La7 (and also on Armani.com). This decision was not only taken to protect his collaborators and guests, but also to make his show accessible and open to everyone: “What’s more democratic than television?”The other European fashion capitals also seem to be following this same “hybrid” path. London Fashion Week, which already tested the digital formula last July with its men’s collections, will open its doors from 17 to 22 September, including physical fashion shows and digital presentations to be followed on the event’s official website. Burberry will be the first fashion luxury brand to partner with Twitch, the online gaming platform, to livestream its fashion show in one window: guests will be given the opportunity to view multiple perspectives of the show at once and to interact live through Twitch’s chat function, thus creating a personal and inclusive experience. "Burberry has always been a brand of firsts in the world of fashion and this partnership with Twitch continues this legacy,” said Rod Manley, Chief Marketing Officer at Burberry. “It is a unique interactive experience where guests can connect and interact both with our brand and each other.”Paris Fashion Week, on the other hand, after experimenting with a digital event in July 2020 for both the Haute Couture F/W 2020 and S/S 21 men’s collections, will feature a mix of live fashion shows and digital presentations, which will alternate from 28 September to 6 October 2020.As for New York, the CDFA (Council of Fashion Designers of America) has announced the dates for a totally digital Fashion Week consisting of three days of presentations, which will take place from 14 to 16 September in digital mode, without the presence of an audience. To coincide with the launch of RUNWAY360, a digital platform developed to support US designers and to keep the relationship between industry players alive even during the Covid-19 pandemic, which unfortunately continues to hit the country hard.In these still very uncertain times, in a year violently shaken by the health emergency, the fashion world seems to be showing signs of a slow recovery. With the month of September filled with new events to mark on the agenda, the desire to believe in a better future returns, assisted by technology but always based on the strength of great “in presence” events that convey all the emotion and magic of the fashion world.