The consumer of the future

Local and sustainable, aware, and slow: the consumer looks to the future with optimism. The live talk of Expo Riva Show provides an overview of future shoppers and their purchasing habits. 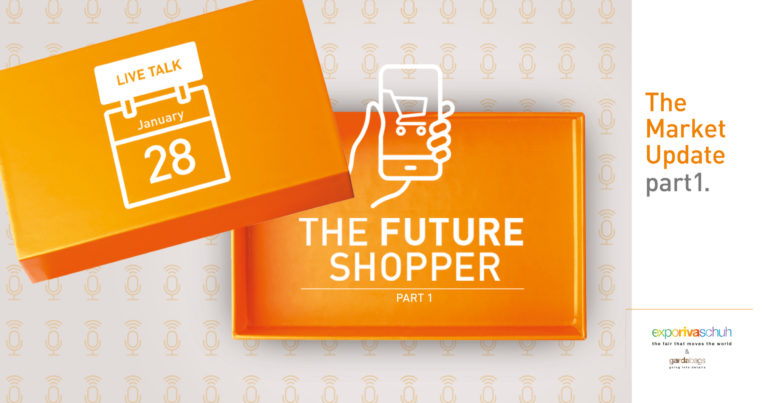 The first post-fair rendezvous of Expo Riva Show, the mixed format of Expo Riva Schuh and Gardabags, provides the identikit of the future consumer – optimistic, aware, and always connected – with the contribution of three important retail marketing representatives and trend analysts from the fashion system: Maria Eugenia Errobidarte, Senior Consultant of WGSN, Karin Zaghi, Associate Professor of Practice of Channel and Retail at SDA Bocconi, and Enrico Cietta, CEO of Diomedea.

In an increasingly phygital context, where the digital purchasing experience does not exclude the physical one, the market must prepare to satisfy the requirements of a multifaceted consumer, with new needs and habits, who is more attentive to what is being purchased and how it is purchased, as the protagonist of a value system.

This is the opinion of Maria Eugenia Errobidarte who identifies five different driving factors behind purchasing habits. The most interesting is the increasing drive to buy local instead of glocal, as a direct consequence of the current emergency, joined by increasing attention to themes of sustainability. More informed and aware, consumers award the transparency of brands and seek out products that are more aligned with their values. This is true also and above all in a scenario still dominated by e-commerce, where rapid purchases are contrasted by longer times that allows for a more attentive study of the product.

Two factors are encouraging for the future: the fact that notwithstanding the uncertain economic situation, an optimistic outlook for the future leads the way above all among Generation Z, and the rapid global changes moving the axis of consumption to Asia, which by 2040 will account for 40% of the world’s total consumption.

In this context, the profiles of five kinds of consumer who are fluidly interchangeable with one another emerge: the Value Shopper, whose decisional process is influenced by the identity and values of the brand; the Local Shopper who, when not purchasing on the web, looks to already known local realities that are close by, guided by the emotional and qualitative features of a familiar product, which become a guarantee of what is being purchased. This quality is central also for the Slow Shopper, who is attentive to sustainability and who would like to reinstate a less frenetic way of shopping where it’s possible to savour the moments and share them with a community; while the Autonomous Shopper, also aided by the experience matured during the months of lockdown, has adopted an autonomous shopping style that is preferably online. Finally, there is the Optimistic Shopper, who sees the opportunities generated by the pandemic in a positive light, while hoping at the same time for a return to the physical possibility of shopping, for a more immersive and interactive experience.