After the Covid storm 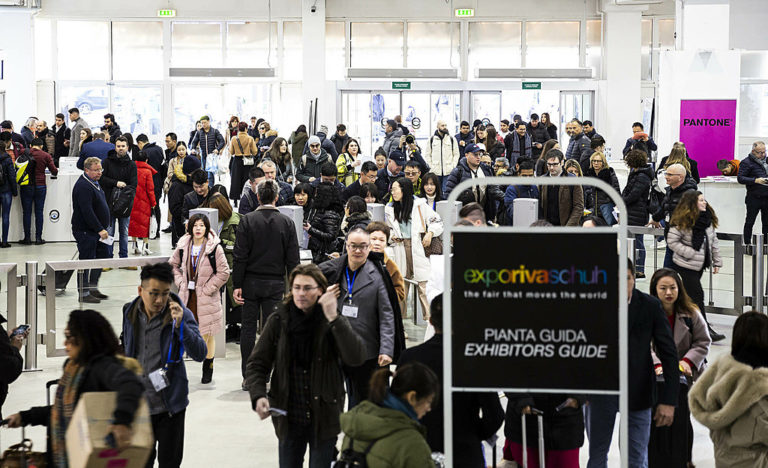 Production still under pre-Covid levels, digitalisation, and sustainability: these are the themes that emerged from “The Covid storm: from difficulties to relaunch” webinar promoted by Expo Riva Schuh, on Wednesday, 22 July, which saw the Riva event kick off a series of digital meetings aimed at strengthening the relationship with its community.

The event hosted a prestigious international panel of speakers as its special guests: in terms of production, and representing the various trade associations at the fair, were Joao Maia, Managing Director of the Portuguese Apiccaps; Leticia Sperb Masselli, Managing Director of the Brazilian Footwear Project of Abicalçados; Aqeel Ahmed Panaruna, Chairman of the Indian CLE - Council for Leather Exports; and Li Yuzhong, Chairman of CLIA – Chinese Leather Industry Association. In terms of distribution, instead, were speakers Elvio Silvagni, Chairman of Goldstar-Valleverde; Claudio Alessi, President of Bata Europe; and Stephan Krug, CEO of Sabu Schuh Marketing Gmbh.

The speakers outlined a situation still under the effects of the pandemic. On a global level, the study conducted by World Footwear of Apiccaps and presented by Joao Maia underlines a drop of -22.5% in production: “but only partial data is currently available, and it might even arrive at -30% globally. Because of the effects of Covid we will encounter enormous changes: our survey highlights how 42% of those interviewed will diversify the supply chain and 39% will shorten the supply chain”.

While the Chinese giant is currently at 70% of its usual production rate as explained by Li Yuzhong, countries like India and Brazil are in a full-blown and extremely dramatic crisis, from which they are slowly starting to recover. However, in this crisis there are also opportunities: “In Brazil, we are changing business models and are returning to becoming an important destination for outsourcing”. In India, which is ideally positioned for sourcing, “Our Government is thinking about launching a new industrial park for footwear – explains Aqeel Ahmed Panaruna – which will provide momentum to our sector, while tax breaks will provide new impetus to exports, which now account for around 10% of production”.

And in the post-Covid phase? Digitalisation and sustainability are the key factors indicated by the speakers: from the use of digital platforms for the promotion of exports adopted by countries like Portugal and Brazil, to the development of products and processes that are sustainable from an environmental and ethical standpoint.

The lockdown heavily penalised distribution, which partially compensated for its losses with e-commerce. The pandemic forced many to update their business models: “We believe that this crisis can represent an opportunity – comments Claudio Alessi – we will change the way we do business with both suppliers capable of reacting very quickly to orders and store owners”. Stephan Krug has decided to prolong the summer season and push the winter season back by four weeks: “We must rethink the system so we can get closer to satisfying the demand of customers”. Elvio Silvagni from Goldstar-Valleverde, a producer that distributes its shoes to a network of 2200 stores, has also rethought the company’s way of interacting with customers, and after a SS characterised by 20% surplus stock, for FW, he preferred to return to the stores and rebook orders.

For the future? The guest speakers predict that the consumer will increasingly use digital tools like e-commerce and click&collect, with a higher demand for comfort and athletic footwear, while also seeking out sustainable products.