A planetary bestseller, in 2017, the sneaker was confirmed as the most dynamic kind of shoe in Italy. When compared to the stagnant consumption characterising other footwear types, it is the only kind to have actually gained a +4%, thus reconciling the tastes of all Italian consumers, whether they are women or men, old or young. Our market is confirming what is currently a global trend affecting both East and West, with reasons spanning both far and wide. 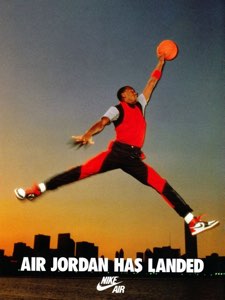 The sneaker’s story would not have been possible without the invention of vulcanized rubber by Charles Goodyear in 1839. In fact, the first sports shoes with rubber soles were originally adopted by sports like tennis and croquet, while also providing a boost to the performance of athletes in the 1896 Athens Olympics. At that point in history, however, we are still far from being able to define them as sneakers in the modern sense of the word. The turning point for this kind of footwear, in fact, occurs only in the 20th century in the USA, when new sneakers are associated with the creation of new sports leagues, like Spalding for baseball, and legendary Converse All Stars for basketball…

Up until World War II, sneakers are limited to sports, both professional and amateur, the latter of which is practiced only by the upper classes, who have both the time and resources required by such activities. Starting in the Fifties, the democratisation of free time reinforces the use of sneakers outside athletic environments, above all among youths, who wear them both at school and outside it, as part of a casual lifestyle. Between the Sixties and Seventies, sneakers, in the wake of first the Beatniks and then the Punk era, become a symbol of emancipation and rebellious youth. However, it is only in the Eighties, with the ascension of hip-hop and street culture that this accessory fully comes into its own, with music stars and star athletes becoming spokespersons for models destined to become iconic, like the Adidas Superstar and Air Jordan.

It is during this time period that the potential of sneakers is fully understood: the possibility of personalising them, their unique identity and ability to convey a sense of belonging, the versatility of the design and style combined with a low price, high level of comfort, and high performance… all these elements contribute to reinforcing the success of sneakers, allowing them to become a planetary sensation. Such features have also inspired creative talents and designers, who have taken simple sports shoes and transformed them into bona fide fashion accessories, rich in cultural/aesthetic/artistic influences.

Today, the sneaker enjoys a high level of popularity on an international level: with 75.2 billion dollars in sales in 2015, the global market of sneakers should be worth 115.6 billion dollars in 2023. According to a study conducted by the NPD Group, one of the most prestigious international market research companies, the factors responsible for driving this growth trend will multiply: first, will be the upswing in the men’s segment, with men purchasing an increasing number of shoes and especially sneakers. Then, the concept of seasons will cease to exist, to the benefit of products like sneakers, which are versatile and in sync with the philosophy of “see now, buy now”. Next, will be the increasing tendency to adhere to a healthier lifestyle, with a focus on well-being and garments that are more comfortable, functional and casual. There is then the increasing number of sports infrastructures in urban areas and the increasing popularity of the athleisure style. At the same time, 3D printing and smart technology continue to evolve, in reply to the ever-present demand of consumers for products that can be personalised, like the sneaker, with a growing awareness of issues like sustainability, thus providing momentum to new projects in this environment.

In other words, the sneaker is a phenomenon that is far from exhausting its possibilities, with a long road still ahead of it.

The implications and consequences it has for our market is explained to us by some of the protagonists coming from the world of Italian footwear.

The ADB design studio is specialised in design in every field, including the footwear industry, for which it has developed a high level of expertise and collaborations with important national and international brands. It develops athletic, fashion sneaker, and athleisure collections in a perfect equilibrium of functionality and style, while also benefitting from its collaboration with experts in materials and biomechanics, with the aim of guaranteeing a performance that knows no compromise. Moreover, it participates in the network at the centre of know-how for Sports and Sneakers in the USA and Asia, with a focus on aesthetics, functionality, and production.

We ask Alberto De Biondi what creative and technical challenges the sneaker poses over normal walking or designer shoes.

“Perfectly integrating technology with style is undoubtedly the greatest challenge, just as it is a challenge to identify unique solutions that allow us to stand out from other brands”.

What sneaker project of yours required the most creativity and why?

“We developed and patented a completely new and innovative technology, Arkistar. It took 12 months to develop an industrial solution with suppliers on an international level, and in the end, only one of them was capable of designing our project, which will be launched on the market in June 2018”.

With more than 200 large-scale stores in Italy, France, Croatia, and Slovenia, and a turnover that arrived at 345 million euros in 2016, PittaRosso tells us what role sneakers have carved out for themselves in the selection of its stores:

As could logically be expected from the market’s trends, which we have all observed in recent years, even in PR the world of sneakers is quickly rising: if we look at the phenomenon in the world of sports shoes, sneakers pass from a 32.5% share in value in 2016 to a 42.2% share in 2017: a trend which shows no signs of slowing down at the beginning of 2018.

Over the last few years, how has the selection of sneakers evolved in PittaRosso’s stores?

The PittaRosso world of Sneakers has suddenly changed. The main advocates of this change were obviously the brands that knew how to reply to the tastes and new demands of Consumers, developing, also for our world, that of footwear manufacturing, a reshaping of the lines of greatest success in the high-end market segment, or rather the Sports channel.

The brands that have made this change know how to “move around” with their price range in our footwear channel, which ranges from 49€ to 69€. Among the brands that have done so, Adidas was without a doubt the top performer during an extremely positive moment for the market. Obviously the advancing “sneaker phenomenon” has penalised the sales inspired by the world of running. 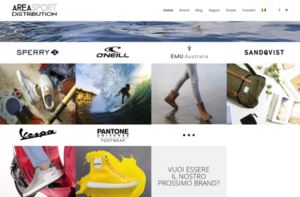 Distributors on the Italian market of a rich portfolio of brands that includes Lacoste, Sperry and Emu Australia; Area Sport explains why it decided to specifically focus on the sports segment:

“More than sports brands, – replies Sara Brancati – I would say we chose to focus on brands dedicated to sportswear: their contents are much more far-ranging than the simple sports segment, spanning from apparel to footwear, with footwear as a throwback to and evocation of the sports world, even when they are not sneakers in the strictest sense of the word. After all, Area Sport got its start as a company specialised in footwear with the Lacoste brand, which is strongly characterised by a sportswear identity. After the acquisition of this brand in 1999, we experienced a significant upswing in the number of brands we distribute, leading to the creation of an important brand portfolio: we interact with small and mid-sized companies, individual stores, but also department stores.

Has your business met up with a stronger interest in sports footwear in recent years?

“Absolutely yes. We noticed a substantial interest in sneakers, accompanied by a more moderate and general adoption also of sportswear apparel, driven by a lifestyle that has become increasingly informal, as well as by the adoption of the athleisure style, above all in the men’s segment. It is a trend that regards more or less all product categories, from jackets to pants… the shoe is not an exception: giants like Puma, Adidas and Nike with their ad campaigns and activities have influenced modern ways of dressing, leading to an increasingly strong affirmation of the informal trend”.

Which of the brands in your portfolio are the top performers?

“Our historic brand Lacoste has always been one of the highest performers, also thanks to the affirmation of the athleisure style. But also Sperry is going through a decidedly positive phase: inventor of the boat shoe with a white outsole, today, Sperry has a very interesting selection of footwear with special exclusive styles for the Italian market. Thanks to meticulous and systematic marketing, we have greatly extended the range of use by today’s youths”. 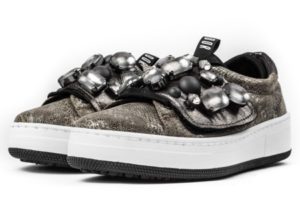 A young Made in Italy brand that has fully invested itself in sneakers explains the reasons why it chose this segment of footwear:

“In recent years, trends have moved towards a more fashion-oriented sports concept, thus opening up new opportunities also for high-end sneaker models, like those of DOR for example, with a strong emphasis given over to the accessories personalising the product”.

Which creative and economic possibilities does the sneaker offer a brand like DOR?

“It allows you to be daringly creative in conceiving a fashion/luxury product, while experimenting with accessories and techniques, for the creation of a product that is always trendy”.

Do you believe it is easier to carve out a market share in the footwear industry through sneakers?

“Nothing is easy, but results can be achieved if the company’s vision and strategy, along with those of its collaborators, aligns itself with the needs of the market and consumer”.

Do you produce in Italy?
“Yes, all our products are Made in Italy. The company strongly believes in Made in Italy and in the added value it can convey to products”.

When compared to walking shoes, are the profit margins of sneakers larger or smaller?

“Producing in Italy, and distributing to a mid-to-high level market niche, in which the competition is quite fierce and also characterised by foreign products, means that the margins enjoyed by companies and retailers are not high at all”. 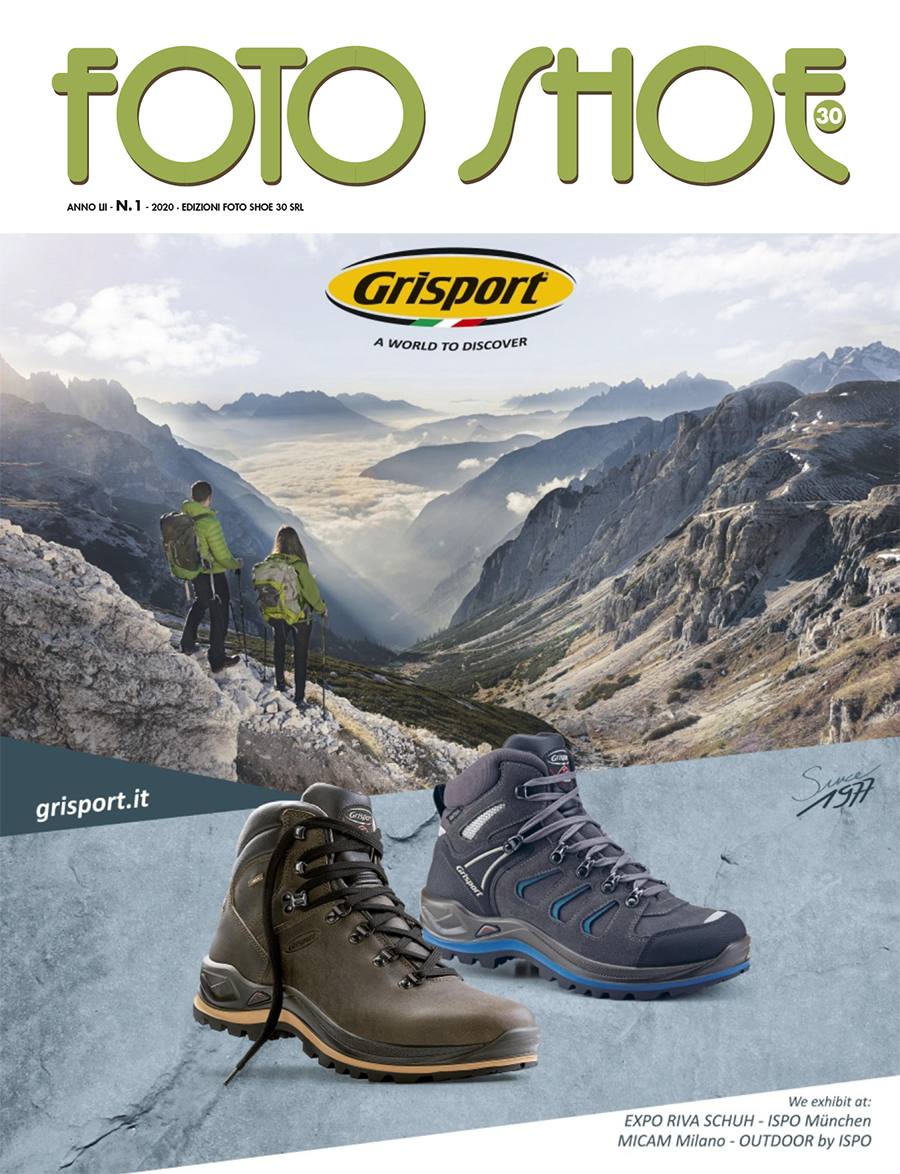