US footwear improving, but still a lot of uncertainty

With Matt Priest, CEO of FDRA, we frame the situation and prospects of the US footwear market. 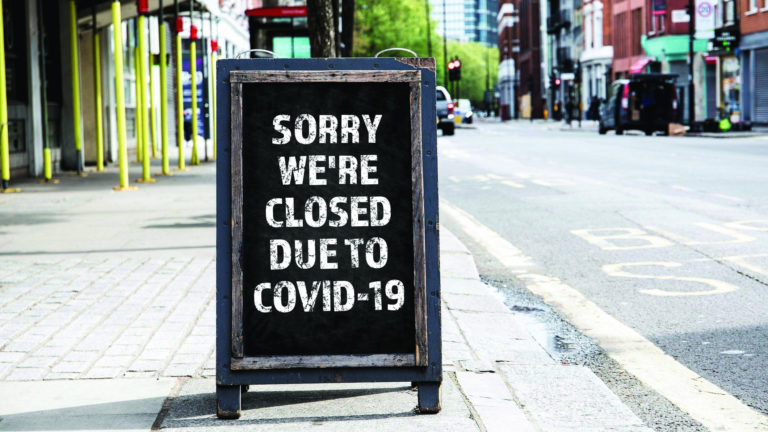 What is the sales situation of the U.S. footwear market?We are an industry that has faced many different challenges, both manmade and natural — challenges that are profoundly changing the dynamics of our sector. We have been juggling for 2 or 3 years now the trade war with China, a pandemic that closed all our stores, and the social protest movements, which have impacted some reopening of our stores. It was one punch after another on our industry that could not be avoided.When about 10 weeks ago [the interview was held early June] I read that the latest sales data recorded -99% of sales, compared to the same week of the previous year, I never thought I would ever see such numbers. We are facing an unprecedented situation.I must say that, after that report, the situation is no longer so tragic: last week’s sales marked -37% compared to last year. So the situation is going in the right direction. The stores that have reopened show interesting data: it’s less busy, but there is a better conversion rate and a higher sales average per customer. It is as if the customers had a specific goal: going to the store to buy the shoes they need, and maybe even a couple more, not knowing if and when there will be another shutdown.

Do you believe in a permanent change of consumer behaviours?I do not think so. As soon as the situation gets back to normal, the buying habits will be the same as before the crisis. But it is still very difficult to imagine how the situation will evolve. In some parts of the country things may improve, while in others, the virus is surging, and things are still very uncertain. As for our sector, I’m hearing more and more optimism from our member companies that the worst is behind us. In the last two weeks, sales are increasing with stores reopening. We’re also seeing other positive data suggesting that the unemployment benefits provided by the U.S. Government are sustaining millions of Americans during this time. The question remains if the economy will continue to show signs of recovery once these subsidies end.

More in detail, what impact has there been on the collections on sale in the shops and on those in preparation? Everything came to a halt here in the U.S. This created a glut of inventory. Inf fact, inventory has been one of the biggest stories of the virus. At the height of the shutdown, there was still tons of product on the shelves, distribution centers were maxed out, off priced channels were full, plenty of product with no buyers. As for future orders, they have often been cancelled or suspended. What is certain is that everyone has pulled the brake on future orders and production lines stand idle. In 2009, after the great recession, we witnessed a sharp peak in imports, because we thought that it would be a classic recession which would have followed the recovery, and we found ourselves with warehouses full of unsold goods. We will have to avoid making the same mistake and, in the next 18 months, we will have to carefully evaluate the purchases. As for the unsold product of this summer, it is likely that part of the collections will stay valid for 2021, but the situation will remain uncertain for a long time and we will not understand the real impact of the virus on consumption for quite some time.

Is there an idea in your mind to change the timing of seasons, sales and clearance? The discussion on this theme has been going on for some time, since before the pandemic. It reflects on the topic due to the growth of e-commerce or the desire of the consumer to buy new products, for example every 6 weeks. But some choices could favour one part of the market and disappoint another. It is likely that there will, of course, be postponements in the immediate future compared to traditional timings, but I believe that many assessments will be made following a long period of continuous tests with respect to consumer reactions.If at the moment different technological solutions are allowing buyers to evaluate the 2021 summer collections remotely, I believe it will be difficult to radically change the human nature that wants presence. Once this situation has passed, I think we will return to our habits. Important changes will remain, such as the push for digitization or travel reduction, but I don’t think it will be possible to do without seasonality, even just to manage the climatic differences existing in the different parts of the nation and the world.

How did the pandemic impact production? 95% of our imports come from three countries: China, Vietnam and Indonesia. They have all been profoundly affected by the virus and production has therefore stopped. For example, at this time [early June] you cannot travel to Vietnam. It is therefore impossible for US personnel to reach factories in person and work with local partners to manage production and perform quality testing.I although believe that the real problem is not so much production, but rather the lack of orders. It is a situation that reminds me of what happens when a hurricane passes: when the first front of the storm hits you, the walls tremble (production stop in Asia); then you find yourself in the eye of the hurricane, the sky seems clear and the atmosphere calm (production resumption); finally the second hurricane front arrives and houses collapse (no orders, stop consumption and the attempt of distribution to stay afloat by normalising one’s financial situation).

Will the geography of production therefore change?About twelve years ago the, usually growing, American market began to suffer a drop in the volume of footwear consumption from China, and China’s loss of U.S. marketshare continues every year. If at that time we started looking for alternatives to China, we did it for economic reasons (labour cost increase, in some cases the shortage of raw materials, the need to diversify risks …), today the matter has become even more complicated due to the political tensions occurring on many fronts. Therefore it is now mandatory to increasingly diversify your production landscape. China will remain an important country to the footwear production landscape, especially for companies who want to produce for the Chinese market, but it is also necessary to find other partners.

Is there any country that you consider a rising star for the production of footwear? I would say Cambodia, which also reaps the benefits of being close to a booming Vietnam. Brazil, the Philippines, and in some respects even Mexico, with which we have had relationships for many years, could gain some volume, but they always cover a very small slice of our imports. The great players of the American market, in fact, are fond of their Asian partners, who already know their needs and expectations, therefore it is difficult for them to move their production without keeping alive already established relationships.Even in the long run, and even imagining a growth in India, I find it hard to believe that there will be a country capable of replacing the centrality of China.