The pandemic makes the future even brighter for Mirta

With the outbreak of Covid-19, and the resulting change in lifestyle and consumer habits on an international level, the e-commerce channel created to ‘recount’ Italian high craftsmanship to the world has experienced double-digit growth, becoming a concrete example of resilience and adaptability to change. 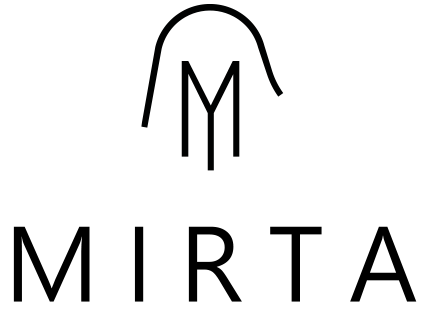 Craftsmanship and ‘handmade’ are not usually associated with technology, and yet the outbreak of the Covid-19 pandemic undoubtedly accelerated a merging between the two that had been in the works for some time. One example is that of Mirta, the platform born at the end of 2019 as an initiative of Martina Capriotti and Ciro Di Lanno, aimed at supporting Made in Italy artisans by promoting their products all over the world. The two young founders, ex-consultants for the Boston Consulting Group with important previous experiences in working abroad, in fact had noticed how ‘well-made handmade’ Italian products were appreciated and sought out abroad, especially in the category of bags, but had also noted the many difficulties experienced by small producers in promoting their products on international markets. In fact, many of these small artisans had entered the sights of large-scale brands, which were intent on absorbing them, thereby endangering the value represented by their individual identities. Hence, the idea of recognising the merit of and introducing the excellence of Italian artisanal tradition to foreign markets, while characterising the communication of the proposal through a storytelling capable of depicting the product and its uniqueness and striving to recreate online the experience of the workshop in a personalised way. Since it was first launched, Mirta has done its best to present itself to the public not just as a simple website-showcase, but rather has strived to introduce Made in Italy artisans, their stories, and those of their companies through videos, photos, and stories – making the digital experience as ‘human as possible’ at the same time. This distinctive feature of Mirta favoured the growth of the platform following the outbreak of the pandemic, because it allowed small artisans to ‘present’ their products in the best way possible during a period when it was difficult to reach the consumer, while also allowing them – through digital means – to continue to work during the lockdown, satisfying in many cases orders that would have otherwise been cancelled, and even extending their customer base to include the entire world. For consumers, instead, Mirta provided the opportunity to do what had been impeded for over a year: travel, even if only virtually.

The service proposed by Mirta to companies offers bona fide 360° assistance, including operations and logistics, quality control, customer service, and as previously mentioned, communication. The requirements for those companies interested in becoming part of the platform include high quality products, 100% of their activity realised in Italy, and a mid-to-high range price, while a special eye of regard is reserved for workshops and companies with a long artisanal tradition.

A future of growth

During the first wave of the pandemic, a 60% rise in products was recorded between February and April, with an increase in the number of artisans present on the platform equal to 30%. Additionally, during the lockdown, the company added an option for pre-ordering the products on the website, allowing small companies to count on orders that could then be produced when they reopened. At the end of 2020, Mirta recorded a 100% uptrend in sales compared to the previous quarter, with the presence of 25 new artisans, for a total of over 100 customer-companies. The most important achievement, which was realised internationally, was the arrival this past September on the Chinese market, with the RED social-commerce platform, which counts over 300 million users. Today, Mirta’s markets of reference are the USA, which represents 40% of its revenue, and the Asian market (30%), which has even recorded a tenfold increase in sales since the beginning of 2020 (with Hong Kong, Singapore, and Japan leading the way). This is followed by the Australian, Canadian, and Northern European markets. That’s not all: the kinds of products presented on the platform, which initially focused on excellence in the fields of leather goods, footwear, silk, and cashmere has now been extended to include the entire Home Living world starting from 2021, strong from the growing attention reserved for home-related products resulting from the lockdown and smart working. By the end of the year, the platform aims to open itself up to new categories, from the sectors of home textiles to loungewear, while furthering extending the footwear proposal.