The new home of Confindustria Moda

The ribbon cutting ceremony for the new Confindustria Moda headquarters took place yesterday, 15 May, in Milan with Vincenzo Boccia and Claudio Marenzi in attendance: the building that was previously the home-laboratory to Nicky Chini brings together under one roof all of the sector’s associations ((Aimpes, Aip, Anfao, Assocalzaturifici and Federorafi, with the only exception being Unic), the respective service providers and connected fairs, as well as the offices of the Federation itself. 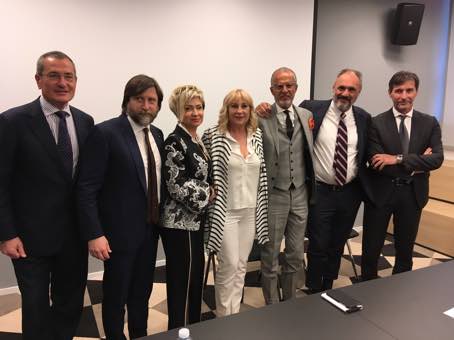 A prestigious location just a few short steps away from the Arco della Pace, realised in record time to give a home to the new federation that brings together all the Italian textile, fashion, and accessories realities. Coming in second only to the mechanical industry in Italy, it represents a sector that counts 66 thousand businesses, 580 thousand employees, and a 90-billion-euro turnover,

“It is a historic moment for Made in Italy, – commented Claudio Marenzi, President of Confindustria Moda – a moment for synergic cooperations, which demonstrates how this great Italian manufacturing industry can work together towards a common goal in order to have greater weight within Confindustria and with the government’s institutions”.

The inauguration is only the last step in a project set into motion in 2005 with the founding of the Italian Fashion System Federation and FIAMP, the Italian Federation of Personal and Fashion Accessories, which today has been disbanded in order to allow this new federation to arise. The goal was that of creating a new entity that could become a point of reference in the textile, fashion, and accessories industries, as a sole political voice in interacting with the government’s institutions: another 12 years would pass before the goal set would come to fruition with the founding of Confindustria Moda. Finally, today, one year from its founding, the new headquarters in Milan have been inaugurated. 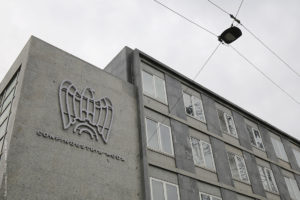 Applauding this achievement is also Vincenzo Boccia, President of Confindustria who, when cutting the ribbon to the new headquarters confirmed: “Confindustria Moda is the sexiest federation in the Italian manufacturing system, representing together with food, a certain Italian way of being. But it is also an associative model, which allows us to formulate a certain idea of our country: the great manufacturing community of the Italian fashion system represents the interests and the industrial scope of our country”.

From its new headquarters, Confindustria Moda’s main activities will include legal consulting services, with a special focus on the fight against counterfeit goods and protection of intellectual property rights, lobbying activities undertaken on behalf of the sector’s trade unions with Confindustria and governmental institutions, and negotiating the terms of the National Collective Labour Agreement. Finally, the Federation hopes that its Research Centre will become the sole point of reference for the sector’s analyses.