The Italian Leather Goods sector – First half of 2021*

Leather goods at the moment of truth, with data for the first half of the year showing significant recoveries over 2020 *Economic data prepared by Confindustria Moda’s Research Centre for Assopellettieri as per September 13th 2021 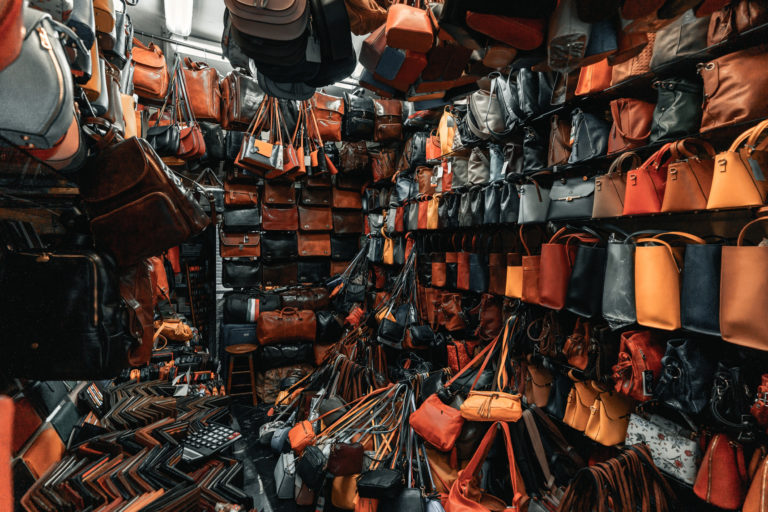 The comparison with the months of lockdown – in which the sector had suffered very heavy downturns – favoured the achievement of considerable increases in the second quarter. A 43.1% increase in industrial production, a 31.3% increase in exports (in value terms) driven by luxury multinational companies, a 22.9% increase in retail sales on the domestic market, and a 29.5% increase in turnover were recorded by the members who participated in the survey conducted by Confindustria Moda’s Research Centre. With the sole exception of exports, however, which presents a gap with the first 6 months of 2019 contained within a 11% decrease in value (and a 6.2% decrease in KG), the other variables show gaps close to or greater than -20% over two years ago. The second half of the year is decisive for a return to normality in a reasonably short time. Leather goods, like the other sectors of the Fashion System hit hard by the health emergency – which for months severely limited the opportunities for use and tourist flows, with the related purchases – after the annus horribilis of 2020 has started to recover. First of all, in a context of strengthening global trade, with exports: among the top 10 destination markets – which in the period January-June 2021 all showed, except for the United Kingdom, sustained recoveries compared to last year. China, France and South Korea are the stand outs, growing strongly even compared to the levels of two years ago.On the domestic front, comforting signs came from the data for May and June, months in which the ISTAT retail trade index was slightly above 2019 values.

The ISTAT index of industrial production, after the jump in the two-month period from March to April (+246%), recorded an increase of 47.3% in May-June for the item “travel goods and leather goods.” The upward trend is therefore continuing, but the cumulative figure for the first 6 months (+43.1% compared to the same period in 2020) is still 21.3% lower than two years ago. The survey conducted by Confindustria Moda revealed – for the panel of leather goods manufacturers – an average increase in turnover in the first 6 months of 2021 equal to 29.5% compared to last year. Even in this case, the recovery was absolutely partial: the gap with the turnover that the panel presented in the first half of 2019 was around -25%. Only 28% of respondents indicated that they had reached or exceeded the revenues of the first half of 2019; for 7 out of 10 companies, however, they were still “slightly lower” than then (12% of the panel) or “much lower” (60%). As many as 73% of the panel of members experienced positive dynamics in turnover in Q2 (and for 54% the increase was greater than 20%), with order intake growing by 28.8% in value over April-June 2020. The recovery in revenues is destined to continue also in Q3 (as indicated by 3 out of 5 entrepreneurs), although the percentage of companies planning to resort to redundancy funds in the third quarter of the year remains high (54%) (an indication that many companies are still lagging behind). Among the critical issues that companies have to face in this phase are tensions with raw materials, whose prices have increased significantly since the end of 2020: 31% of the members surveyed responded that prices in the second half of 2021 have remained at the very high levels of previous months, while 58% of the panel responded that they have increased even further.

Encouraged by the progress in participation in vaccination campaigns and the cancellation/relaxation of many restrictions (such as the reopening of shops in shopping centres on weekends in Italy from May), demand has picked up again, both at home and abroad, albeit at different rates and with some differences.With regards to domestic consumption, the cumulative ISTAT index relating to the value of Italian retail sales of footwear and leather goods in the first half of the year recorded a 22.9% increase over January-June 2020, remaining however -19.5% below 2019 levels. Apart from the predictable surge in March and April, the most comforting data is the achievement in May and June of the pre-crisis values (+1.4% and +0.7% compared to the same month in 2019): a first sign of a return to “normality” although it should be taken into account that the 2019 levels were not particularly rewarding. Of considerable importance is the problem of lost revenues from purchases by foreign tourists visiting Italy, especially in the luxury segment. Although tourism slowly picked up again in 2021 (mainly thanks to Europeans, who are traditionally not big spenders), tourism in the cities, which is more linked to fashion shopping, is still suffering greatly.

The dynamics of demand from foreign markets was even more lively: exports closed the first 6 months of 2021 at € 4.62 billion (including re-exports), up 31.3% in value over January-June 2020, but still down by 11% compared to the first half of 2019. In terms of quantity (kg), a recovery of +30.2% was recorded over last year. The gap with 2019 is equal to -6.2%. The breakdown by type of product and market showed a varied situation. An analysis by product type showed double-digit recoveries compared to 2020 both for leather goods (slightly over +20%, both in volume and value) and for goods made of other materials (+37% in KG and +57% in value, with excellent performances for bags). But while the latter have already surpassed 2019 levels, leather products, characteristic of Made in Italy craftsmanship, are still down, overall, by 20% compared to two years earlier. Going into detail of the items, leather handbags, which account for almost 2/3 of foreign turnover, increased by 20% in value compared to 2020 (and a gap of around -19% compared to 2019); belts and small leather goods (wallets, purses, key rings and pocket or handbag items) showed increases close to 30% in value compared to 2020, but at the same time gaps in the order of -28% with the pre-Covid situation.

As far as the markets are concerned, the top 25 showed, for almost all destinations, a recovery in value close to or more often greater than +20% compared to 2020; only the United Kingdom (-31.5%), the Netherlands (-4.6%) and Romania recorded a decline after last year’s setback; Singapore, which unfortunately had already suffered a significant decline in the years prior to Covid, remained stable (-0.5%).Particularly favourable (also compared to the pre-pandemic situation) were the trends in exports to France (which grew by 42% compared to 2020 and by 21% in value compared to 2019) – where the subcontracting component for luxury brands is significant – China (flows doubled in value over 2020 and grew by 43.5% over 2019) and the South Korean market (increases of over 25% in value compared to both 2020 and 2019). Luxury brands played a decisive role in the exploit of these last two countries, the main outlets in East Asia, as shown by the significant increases in average prices per KG (+18% over 2020 for China and +13.4% for South Korea).The European Union partners (considered to be 27 countries, post Brexit) showed, overall, a better trend than non-EU destinations (with increases of over 35% compared to 2020 in both value and KG, thanks to which they also exceeded 2019 levels by +3.5%). In addition to the aforementioned France, the results in Germany (first customer by quantity) and Poland stand out.Forecast

In the second half of the year, 70% of members expect a further improvement in market trends compared to the first half of the year. The next few months will be decisive for the sector to embark on the virtuous path of a sustained recovery, which will benefit not only large luxury brands but also the many companies with their own brands, or in any case small businesses. Only 30% of member companies said that they had experienced the start of a recovery, while 62% believe that this will happen between autumn 2021 and spring 2022, obviously allowing for variations in the virus and new outbreaks.