The world of fashion is going through a moment of profound and momentous change, accelerated by the outbreak of the pandemic, with a greater diffusion of digital technology in various segments and changes connected to players and their roles. 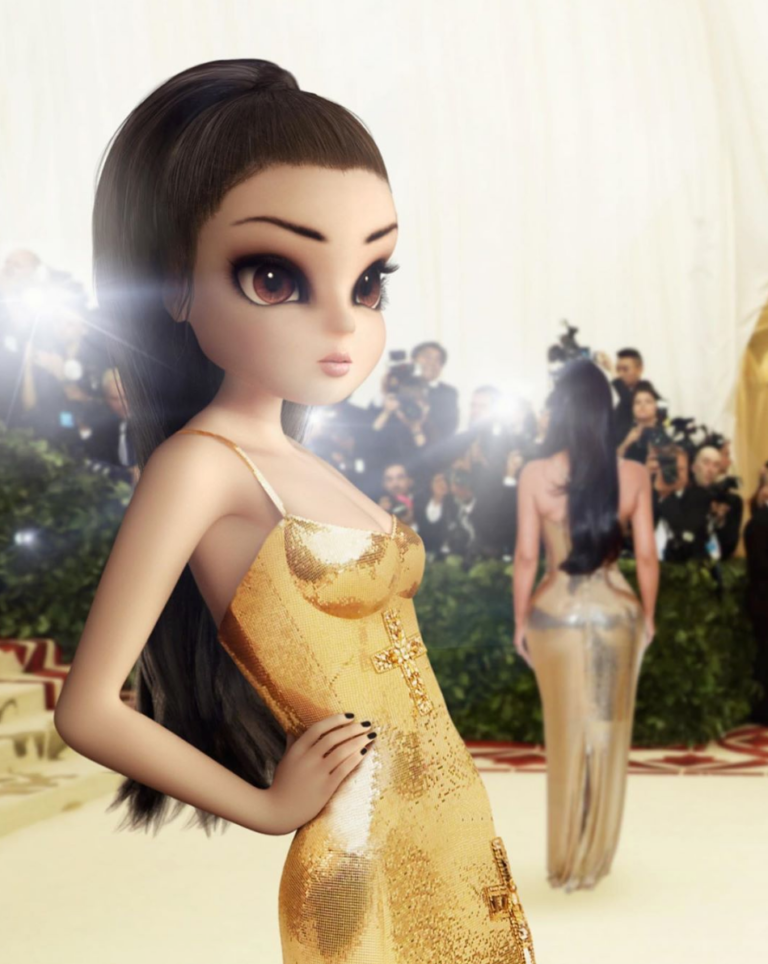 Fashion is changing, which might seem obvious, since fashion by its very nature constantly ‘changes’. In reality, what we are experiencing today, more than a change, is a bona fide ‘revolution’, which increasingly influences the ways in which fashion proposes its products to the consumer, and the way in which it communicates with customers and the protagonists of the ‘fashion scene’.

Without a doubt, the outbreak of the pandemic pushed the pedal to the metal on digital technology, which by now has become a part of our daily lives, also when purchasing clothes and accessories, and even showrooms now consider it ‘normal’ to present their new collections online to buyers from around the world.

Over the last two years, the integration between fashion and digital has also extended to include the ‘gaming’ aspect, with numerous capsule collections created for the avatars of the most beloved videogames – from Animal Crossing to Tennis Clash and Pokémon Go -, and with in-game collective fashion shows, with the first one launched in March 2022 in the middle of the pandemic, with the avatars of ‘Animal Crossing: New Horizons’ dressed by stylists of the calibre of Valentino, Marc Jacobs and Gcds.

We then have digital models and influencers, increasingly sought out and requested by designer fashion labels, who are rewriting with their smiles and ‘top model’ poses the very rules of fashion itself. Among the most popular are Lil Miquela, the nineteen-year-old Brazilian influencer with over 2.5 million followers on Instagram, as perfect as she is imaginary, fruit of the creativity of the start-up Brud: with hazel eyes and French-cut bangs she is the favourite of leading brands of the calibre of Calvin Klein, Prada and Chanel. There is then Noonoouri, who is also nineteen years old, carefree and striking, created as the brainchild of Joerg Zuber (who took his inspiration from Naomi Campbell and Kim Kardashian), with more than 350 thousand followers on Instagram and collaborations with leading names in international fashion like Genny, Furla, Dior, Victoria Beckham, Versace, Calvin Klein, Marc Jacobs and Lorenzo Serafini, who cast her as the brand ambassador for his Pre-Fall 2019 collection.

At the same time, digital influencers just like real ones, orient their followers not only in their fashion and lifestyle choices, but also influence their opinions on themes that are critical today like sustainability, animal rights, and female empowerment, acting as ambassadors in propagating the message for social change.

What advantage do digital influencers have over their flesh and blood counterparts? They cost less and they completely eliminate any public relations risks or eventual faux pas that could lead to a “loss in image”. The strategy of digital avatars has already been adopted by leading Asian players including Tmall, which after having collaborated with famous virtual models like Noonoouri, decided to present its own influencer Aimée, chosen by Miu Miu and Prada to present their collections.

It is increasingly common, however, to also see the exact opposite occur, where real live influencers are called upon to wear virtual clothes. This is what happened this past summer with the global leading platform in the segment of luxury fashion, Farfetch, which digitalized around twenty or so items of apparel and accessories from the pre-order collections of brands like Balenciaga, Palm Angels, Khaite, Off -White, Oscar de la Renta, Dolce & Gabbana and others, and then digitally submitted them to various influencers around the world. An initiative that proved itself to be a success in terms of efficiency and economic savings, because it allowed for a rapid trial run of the products before being put into production, but also on an ecological front, since it cut back on waste and eliminated the environmental impact associated with sending goods to the other side of the world.


There was then the presentation, during the last edition of Milano Fashion Week, of the first IGOODI Italian “Avatar Factory” that offered visitors to the Milan showroom free of charge the possibility of creating their very own 3D Avatar – which is the same in each and every detail to the real physical person and completed by a rich set of anthropomorphic measurements of the body with a corresponding size conversion table. The avatar can then be subsequently used to make online purchases of clothing, with the certainty that the size ordered is correct, while reducing the problem of returns.

Digital has also ‘changed’ the perspectives of those who are on the catwalk and those who are in the front row of the show, between those who walk the runway and those who watch, inverting their roles. This is what happened for example in the by now famous fashion show of Demna Gvasalia for the presentation of the Balenciaga SS 2022 collection, where the Georgian stylist invited buyers, VIPs and journalists to the Théâtre du Châtelet in Paris, creating a wide red carpet at the entrance where models were photographed together with the guests. At the same time, inside the theatre, images of those arriving were projected on screen, thereby transforming the red carpet into a bona fide catwalk for presenting the collection, which was applauded by the audience inside. At the end of the defilé, also the Simpsons, the characters from the cult series created by Matt Groening, made a special guest appearance, with the on-screen showing of a special episode created ‘ad hoc’ where Demna Gvasalia – naturally in a Simpson version – to celebrate the birthday of Marge, decides to give the habitants of Springfield a fashion experience in Paris. Marge, at a certain point, gets up and walks the runway, applauded by Kim Kardashian e Kanye West, while in the front row of the audience we see Anna Wintour who proclaims the success of the collection!


Digital is without a doubt one of the roads on which the ‘revolution’ that is transforming fashion is moving.  However, it is not the only one. Another one regards the protagonists of the scene: the brands. Up until today, we were used to seeing fashion brands that ‘branched off’ into other commodity-related sectors, from perfumes to furnishings for the home. Today, we are interestingly enough seeing new players appearing on the stage of fashion: furniture and food&beverage companies. First, there was the debut of the line of athletic apparel created by the chain of superstores LIDL, with so much ‘social hype’ surrounding it that Lidl’s yellow-blue sneakers (originally sold in the store at 12,99 euros) arrived at a record price of over 450 pounds on eBay, becoming bona fide collector items. Now, making its ‘surprise’ entry into the world of fashion, we also find the Swedish giant of low-cost furniture IKEA, which after having launched a year ago its first streetwear collection in Japan, also arrived in Italy in October 2021 with its ‘Eftertrada’ capsule collection (which in Swedish means ‘descendant’) of clothing and accessories…

The ‘fashion revolution’ has just begun and there are good probabilities that soon ‘we will see all the colours of the rainbow’!