The economy depends on the pandemic

Ignazio Visco, Governor of the Bank of Italy, reiterated the importance of the vaccination campaign and attention to the transition phase in the fight to mitigate climate change, during the Made in Italy Summit 2021. 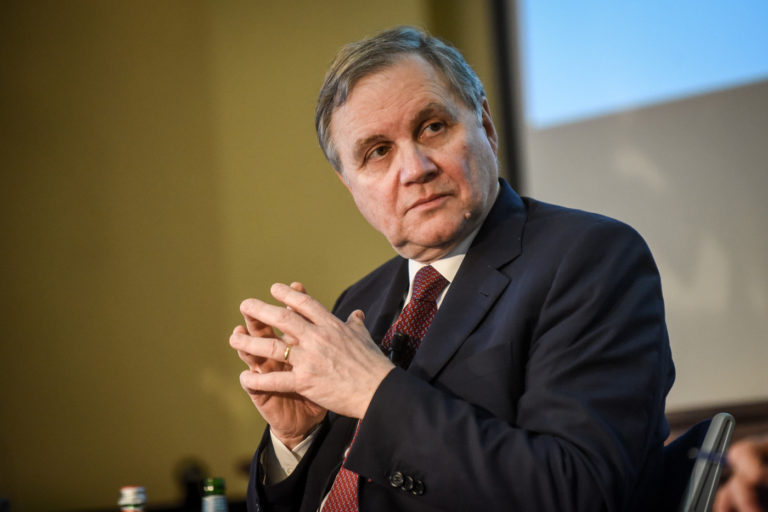 “All economic forecasts depend, at this time, on the vaccination plan, on its ability to continue unabated and on its effectiveness. It does not just depend on what will happen in Italy, but obviously also on what will happen in the rest of the world”. This is how Ignazio Visco, Governor of the Bank of Italy, summarises the Italian and international situation during the Made in Italy Summit 2021 at the beginning of October. The head of the Italian central bank also highlighted the importance of paying close attention to how effective the PNRR will be. He stressed the confidence in the European landscape whose financial stability should be guaranteed by the initiatives implemented by the ECB, but kept emphasising the importance to focus on understanding whether the recovery, stronger than expected (+6% is the estimated GDP growth rate at the end of the year) can remain in this positive dimension. For this to happen “it is crucial that the situation related to COVID does not hold any surprises on a global level”.

The tensions on raw materials and supply bottlenecks on many products are without any doubt among the issues to keep under control. According to the governor’s statements – these conditions should lower with the normalisation of the economic landscape.

The banking system should also see its prospects turn better as economic stability progresses and, especially in the short term, remain stable thanks to the guarantees that the state has offered in relation to loans granted to SMEs and large groups. “On the whole, we do not see high-pressure on Banks, if not on those institutions and companies that are lagging behind when it comes to digitisation, undoubtedly the most important trend for society and the economy in general”.

Also the banking system should see its prospects turn better as it progresses. Visco’s intervention also focused on issues related to the green economy and climate change which, inevitably, also involve central banks required to facilitate a transformation that is still very difficult to supervise and thus hard to evaluate with certain criteria. Visco pointed out the crucial aspect of verifiability and the objective positivity of the actions undertaken by the economic fabric of a country that wants to access funding aimed at the green transition. Otherwise, the risk of falling into green washing or wasting public financial resources is too high. Lastly, the governor of the central bank considered an aspect sometimes forgotten by the public debate: “We must also pay close attention to the negative effects that transitory moments could reverberate on the entrepreneurial fabric. The push of governments to promote economic policies that have a positive impact on the climate could also put some activities at risk, so we must ensure that this necessary transition is as less traumatic as possible”.