The consumer: three different perspectives, from trends to the priorities of Gen Z

A new appointment with Expo Riva Show in the discovery of global consumer trends including especially those of GenZ, with a focus on the Chinese market, accompanied by Joao Maia (APICCAPS), Eugenia Errobidarte (WGSN) and Dean Harry Diabate (Tmall Global). 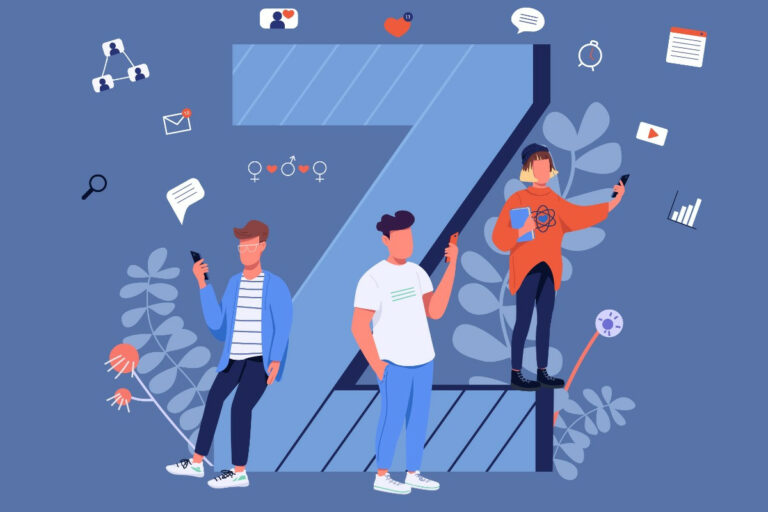 During the first day of the show on Saturday, June 11th, Expo Riva Schuh dedicated an interesting new webinar to the purchasing trends of consumers, and especially those of Generation Z, while taking a look at the theme from three different perspectives. Kicking off the webinar was Joao Maia, General Manager of APICCAPS, with his analysis of global footwear consumer data, to then continue with the speech of María Eugenia Errobidarte, Senior Consultant at WGSN, with an examination of the six factors guiding the purchasing behavior of new consumers (sustainability, relationships, money and finances, health and well-being, work and education, and inclusivity). Finally, with Dean Harry Diabate, Business Development Advisor at EMEA & Asia Tmall Global, it was possible to see first-hand what the Chinese consumer reality is like through the e-commerce experience of a global player like T-Mall.

Joao Maia began with an analysis of the ‘World Footwear 2021 Yearbook’ in order to present a picture of the global footwear manufacturing market, which – after years of significant stability, followed by the economic collapse resulting from the outbreak of the pandemic in 2020 – experienced a rapid growth of 8% to 12% between the end of 2020 and the beginning of 2021. This however has been followed by a period of continuous instability, characterised by a constantly rising and falling economic trend. The key problem this last year mainly regards the increase in inflation, which starting in the 80’s in the USA had gradually decreased from 5.6% to 1.8%, all the way down to 1.2% in 2020. After the pandemic, inflation once again started rising in the USA until arriving at 8.4% in March 2022. The situation in the EU is not much different. The price of raw materials has been progressively increasing starting from the second half of 2020 and the three main costs incorporated into each pair of shoes – that is to say transportation, energy, and polymers – are all constantly rising, with predictable repercussions on the prices of brands that produce in Asia and sell in Europe. Instead, the price of leather has decreased over the last decade, and this – as underlined by Maia – should see many brands reflect hard upon past decisions to replace leather with synthetic materials, with implications not only in terms of environmental sustainability, but also economic consequences.

In general, despite the unstable economic context, the Apiccaps report shows how the global footwear manufacturing industry is for the most part optimistic regarding the future of the sector (53% strong, 15% very strong).

Instead, as far as the Top Footwear Exports in 2021 are concerned, we see China leading the way with +7% (49.9 Bn USD), while the EU is down by -11%, Vietnam drops by -3%, and Brazil experiences a loss of -7%, thereby confirming that the repercussions of the pandemic on China were less severe than what might have been expected. Likewise interesting is the sharp rise in exports from Turkey up +13% and Mexico up +24%, even if the export values are still quite low when compared to the giant that is China, with 1 Bn USD for Turkey and 0.6 Bn USD for Mexico. There is then the drop-off in exports from the UK (-49%, 1.2 Bn USD) in connection to Brexit, which is especially significant when considering that before the pandemic the United Kingdom exported more than Brazil, Mexico, and Turkey put together.

The conclusion of the Apicapps report underlines how in this moment we are experiencing a phase of growth and recovery after the crisis brought about the pandemic, with a return to levels similar to those of 2019, with a forecasted +5.9% growth in global footwear consumption quantity, while the data regarding commodities and inflation remains an unknown factor, which is driving the prices of shoes up, with increased interest rates. At the same time, the increase in the price of synthetics is making the use of leather in shoe production more competitive than in the past.

María Eugenia Errobidarte presents a picture of Gen Z as seen in light of the WGSN report: a generation that appears, in general, to be very interested in social and environmental activism, and which sees the current situation of economic-social uncertainty as an opportunity to find and create new kinds of employment and revenue for itself. It uses social media as a tool for communicating and entering into contact with friends, brands, work, while also risking at the same time being imprisoned by it, convinced that its social media posts are fundamentally important to its own happiness and mental well-being.

The Top Five Priorities of GenZ are: Care & Justice, with an increased awareness towards social and environmental sustainability, and purchases oriented towards resale, which it is estimated will grow +127% by 2026, even if in the Second Hand market what also counts is the demand for rare and unique clothes and accessories; Disruptive Economics, with different workplaces than in the past, but also new ways of earning connected to cryptocurrency and online loans for example; Digital escapism, a sort of difficulty in abandoning our smartphones and the apps that by now manage most of our lives (a kind of virtual Panopticon) and Avatars that substitute us in the metaverse; Stress-blockers, with a new way of understanding work and greater attention to sports and mental well-being; Uncensored Taboos, a trend that shows greater sensitivity towards diversity, the LGBTQ community, and sex, which seems to be currently experiencing a sort of ‘sexual recession’ despite the number of searches regarding it.

Key concepts for brands: Stand Up, in other words, don’t be afraid to be bold and to show greater inclusivity and fluidity; Slanguage, make sure you speak the language of GenZ – that of social media and games – so you can come into contact with them and involve them; Positive change, focus on sustainability and activism towards a systematic change; Detox, provide phygital escape routes, through fitness or mental well-being in accordance with the motto ‘Good vibes only’; FlexPay, be flexible about payment methods – from BNPN to pay-as-you-go, to electronic payments and cryptocurrency.

The market in China

Dean Harry Diabate, Business Development Advisor at EMEA & Asia Tmall Global, offers a picture of the Chinese market and new consumer trends. It is estimated that the Chinese footwear market will grow by +3.6% in 2026, for a value of 80.9 Bn USD, and in particular, the Athletic Footwear segment will grow, as a consequence of different factors including regulatory policies of the Government, the recent and quickly growing urbanization of the country, the growing attention on sports events and sports in general, as well as the growing interest in the outdoors and outdoor lifestyle. Additionally, GenZ represents around 20% of the total population in China and this will undoubtedly represent a strong driving element for growth in this category of footwear. In fact, Gen Z loves sneakers for 3 main reasons: they are not easily damaged, they are easy to stow away, and their value increases over time. New trends in the Chinese market of sneakers: the value attributed to customisation (which is confirmed by the success of the Nike online customisation project); the business of Beauty applied to sneakers, with a growth in the sales of products dedicated to cleaning, maintaining, and sanitizing them; the sneaker seen also as a good investment, with for example the sale of sneakers that are either unique or collectable at astronomical prices, like the Air Jordan Gold sold on the web for 2 million dollars.

The Chinese middle class is rapidly growing, and it is estimated it will arrive at 300 million people in 2020, with a forecasted growth of 70% over the next 10 years, for a total of 510 million consumers. Gen Z is a fundamental component of this middle class, a target that is characterised by a high purchasing power, and which is attracted not only to products from across the seas, but which would also like to preserve a certain ‘Localized Taste’, or rather a style that is mostly Chinese. Foreign brands interested in conquering Chinese youths, must in fact be capable of incorporating such a style into their products, marketing, and communications.