The accessories that drive social media🤯

From sneakers with the iconic colours of Lidl to the glitter Eyelike products of Ferragni, from the rubber clog designed by Crocs-Balenciaga to the Prada tote bag: here are some of the accessories that have made the public go wild on the web. 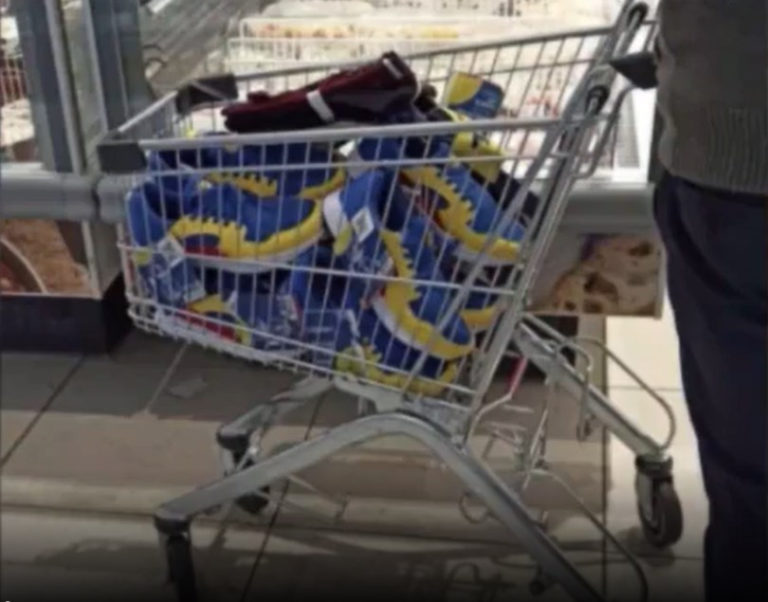 Sometimes they initially cost just a few euros, and then in a matter of a few weeks or even a few days, they end up costing hundreds of euros, thanks to the popularity they meet up with on social media. This is the case of the yellow, blue, and red sneakers (with the Lidl logo), launched in a limited edition this past November 2020 by the low-cost chain, which in a brief amount of time created crowds of eager buyers lining up outside supermarkets to buy them and scores of comments and ironic and fun memes on social media. Sold at a price of only 12.99 euros at the store, online they arrived at a price of over 2,500 euros and it even became impossible to find them! A phenomenon that once again occurred in July 2021 with the launching by the low-cost German chain of new IT sneakers in a more street-oriented version, proposed in a “fan collection” package that included also flip-flops, shirts, shorts, athletic socks, and a plastic bag.

Sometimes, however, the starting price is anything but affordable and low-cost, even if it’s only a plastic shoe. Nevertheless, the result is always the same: growing attention on social media that proclaims its success, labelling it an ‘it shoe’ in a very short amount of time. This is the case, for example, of the coloured rubber clogs with stiletto heel and maxi sole born from the collaboration between Crocs and Balenciaga for the Spring-Summer 2022, which immediately became a huge hit on social media. A previous model of Crocs-Balenciaga, launched in 2018, sold out in a record amount of time, despite the selling price of 700 euros!

In many cases of ‘social media hit’ accessories, it is influencers who serve as the launching pad for the greater public, thanks to their strong appeal and unconditioned following. Among the most recent cases is that of Yeezy Slides, the coloured rubber sandals with open toes designed by Kanye West for Adidas, which were first worn overseas by Kendall Jenner and then by Chiara Ferragni in Milan’s main streets for shopping: a product that became a must-have for summer 2021, above all if worn like this Milan influencer did with visible white socks and a black Birkin bag by Hermès on her arm. The very same Ferragni was the architect of another case of great success on social media, with her silver glitter Eyelike Sneakers and silicon “Eyelike” patch, which sold out in an instant.

Finally, not to be forgotten are bags: the new must-have according to Instagram for summer 2021, and loved by influencers like Linda Tol and Pernille Teisbaek, is the Prada tote bag in woven coloured raffia with maxi logo on the front, which is inspired by classic vacation accessories. Now, all that’s left to do is wait and see what the network next proposes us as must-have items for our look!