Production flexibility is undoubtedly one of the advantages of the South African footwear and leather goods industry. As well as the ability to interpret European taste and quality, to have sustainability issues at heart, and to be able to easily trade with the West without duties and using a good structural and logistical network. 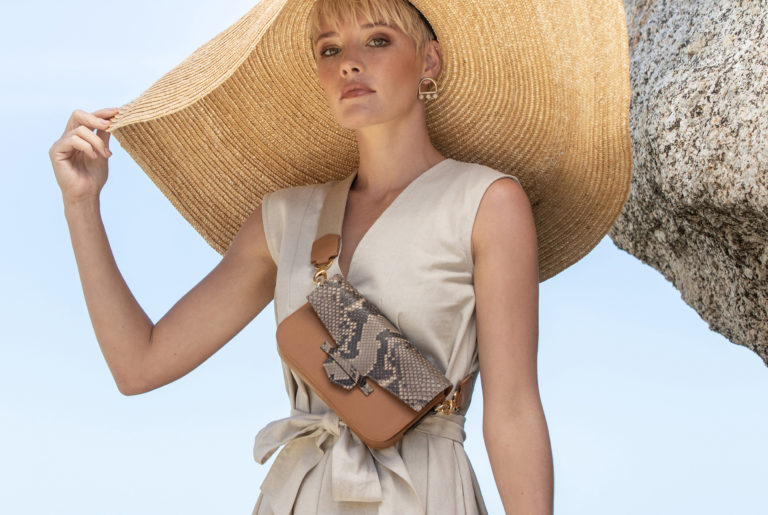 The South African footwear and leather goods industry is 150 years old. Made up of just over 250 producers, the sector operates following the rules dictated by the International Labour Organisation, and responds to a regulatory body, the Leather Bargaining Council. A market that believes in the values of fair trade and that offers a wide variety of footwear productions: for men, women and children; formal, casual, comfort, work and safety. As for bags, the leather goods sector, which is also well diversified in its offer, represents an art of its own, populated by skilled artisans who are proud of each model they make.AFRICA IN THE FOREGROUNDIt must be said that, in general, the market, taste and production of the African continent are getting lot of attention in this particular historical moment. In fact, the sixth edition of the AFRO FASHION WEEK has just ended in Milan, which saw the talented young BIPOC designers as protagonists during the days of the Milanese Fashion Week. New creatives, who identify in their history and in their collections the cultural mix that will characterise the years to come. An edition that had as its guiding theme “BEYOND MITUMBA – Unveiling the Unseen”. Overcome Mitumba to reveal what is not shown. The word “Mitumba” indicates a widespread phenomenon in developing countries: the reselling of used clothes from Western countries. Masses of products that alter the very delicate productive/commercial balance of African countries. A mass of products that drugs the domestic market, does not favour the local production growth, and clogs up landfills with products which, having no adequate outlets, create further problems of environmental pollution. A phenomenon that prevents a healthy creative development and the entrepreneurship of local fashion, encouraging a survival economy representing an end to itself.This is just one of the many themes that the AFRO FASHION ASSOCIATION, in these six years of activity, has managed to bring to the attention of European and international markets and fashion. If to this we add the importance and growing resonance of the Black Lives Matters movement, born spontaneously all over the world following violent episodes, we understand how in recent years ever more spotlights have turned on the relevance of the African continent. On increasingly marked consumer trends such as Diversity & Inclusion.This is happily combined with creativity without borders nor colours, returning to the concreteness of the market economy, a growing production capacity, in particular, as we said, in South Africa.

THE ADVANTAGES OF SOUTH AFRICABut what are the advantages of relying on South African production?The best part of working with South African manufacturers is that you are not limited to minimum order quantities as is the case when doing business with China and India. South African production really allows you to experiment and develop innovative products that cannot be immediately made in massive volumes.A second very important plus is the possibility of importing into EU countries absolutely without being subject to customs duty, thanks to the trade agreement in place between Europe and South Africa. Finally, but equally crucial, the infrastructural and logistics network of South Africa is able to better and efficiently support trade with Europe.

WHAT TO PRODUCE IN SOUTH AFRICAWhat is the price level and the type of production that South Africa is able to support, one might wonder. Being a diversified industry, possibilities are vast. You can find mid-range, high-end as well as luxury productions. Men’s leather footwear is highly competitive and the safety footwear market is very mature, supported by rigorous testing and certification. As for luxury, South African manufacturers have already produced for several major brands, such as Michael Kors, to give an example. The choice and selection of materials is also top-notch for quality and sustainability. The ability of South African producers to align themselves with the typical tastes of Western markets and to transmit (if desired) the cultural DNA, taste and sensitivity towards the products of their tradition, in order to ensure uniqueness and distinctive character, should not be underestimated.LEARNING ABOUT THE PRODUCTION IN SOUTH AFRICAAn excellent opportunity to deepen the quality and diversity of the South African proposal is represented by the European Live Show event, organised by the South African Leather and Footwear Export Council (SAFLEC), which will virtually take place on 20 October 2021 from 9: 00 a.m. to 3:00 p.m. A virtual event of great interest for the footwear and leather goods sector. 30 South African companies will exhibit their products, shoes and bags, safety belts and clothing, leathers and accessories. A virtual fair with real stands that can be easily visited and the possibility of arranging B2B meetings. The products can be viewed in-depth thanks to the implementation of digital catalogues and 360-degree views.

To participate in the event, simply register at this link