Brands and companiesSport shoes  May 5, 2022

The company belonging to the CDP Group finances the international growth of the historic athletic shoe brand that represents the greatest confirmation of handmade Italian excellence in the world. 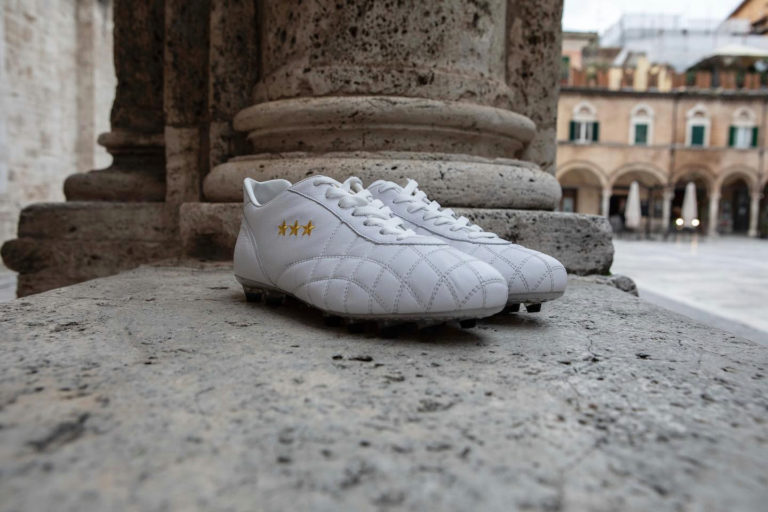 Through the Fund 394, managed in collaboration with the Ministry of Foreign Affairs and International Cooperation, the company owned by CDP Group provided over 1 million euros in financial assistance to the Marches-based footwear company this past year with around 10% arriving from the recent allocations of the National Recovery and Resilience Plan (NRRP).

Thanks to this financing, Pantofola d’Oro was able to invest in its image and extend its notoriety, by participating in the last two editions of Pitti Immagine Uomo, while also reinforcing its digital presence thanks to the new e-commerce platform dedicated to North America, one of the most important end markets for Made in Italy.

“The entire market connected to leisure time has slowed down significantly over the last two years, because of restrictions connected to logistics – in different ways and at different times – around the world – declared Kim Williams, CEO of Pantofola d’Oro – The support provided by SIMEST has allowed us to invest in new models developed using sustainable materials, while promoting our brand on international markets, highlighting the craftsmanship of our production that is entirely made in Italy, and reinforcing the e-commerce channel for the USA, which will allow us to offer increasingly exclusive products and services also online”.

In its 130-plus years of history, Pantofola d’Oro has written important pages in the field of football shoes, while maintaining a constant commitment to research and innovation that has allowed the brand to grow and eventually arrive at the inclusion of casual products in its proposal, which remain however completely handmade in Italy. A heritage of excellence and know-how that Simest wanted to protect and promote: in fact, the collaboration between SIMSET and Pantofola d’Oro already began back in 2018, with the financing of the opening of the first Pantofola D’Oro flagship store in the USA, in the neighbourhood of Soho, New York.

“It is above all in moments of uncertainty and difficulty that SIMSET intervenes with concrete actions aimed at providing assistance to Italian companies par excellence – confirmed Mauro Alfonso, CEO of SIMEST. The Marches footwear manufacturing district is the crowning achievement of our artisanal production: an enviable know-how recognised around the world, which we have been tasked with promoting and preserving”.

Since 2020, SIMEST has supported, through the granting of loans, around 14 thousand companies, which have invested 5.4 billion euros in projects of expansion and international reinforcement. Of these, over 800 million euros was granted thanks to the resources provided to SIMSET by NRRP.