New challenges in luxury (and more)

At the Luxury Summit organised by 24Ore Business School in Milan this past June, the speeches revolved around the impact of technological development on purchasing behaviour and new brand strategies, with a place of importance also reserved for the theme of sustainability, which is increasingly understood as a concept that regards the entire supply chain, and not just the company itself. 360° sustainability, which sees inclusivity (and especially disability) as an opportunity for growth in terms of public approval and economic return. 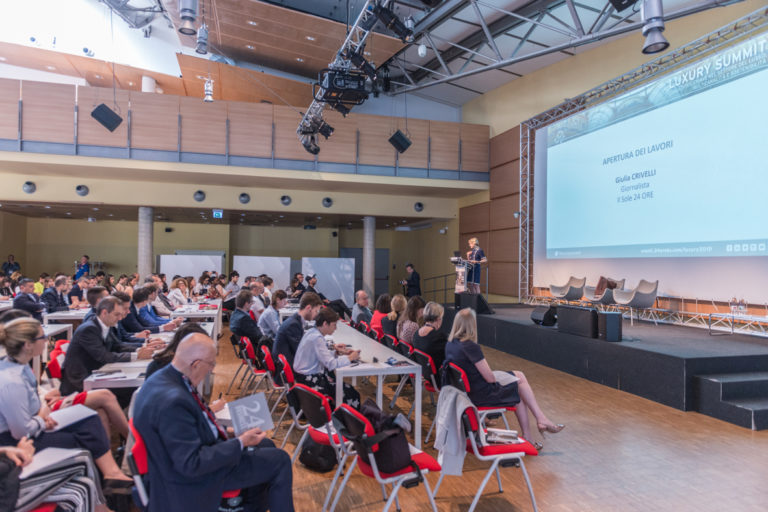 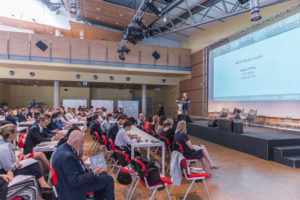 This year the appointment with the Luxury Summit was renewed to take stock of the new key-challenges in what is the most demanding and complex fashion market, that of luxury. Many interesting and extremely relevant speeches were given, starting with the opening speech of futurist Gerd Leonhard, author of various books, including his most recent work, “Technology versus Humanity”, which takes a look at the delicate equilibrium between the individual and the increasingly active and invasive presence of technology. In a context where there is an increasingly strong synergy between man and machine, the interfaces based on vocal commands will increasingly change once and for all the purchasing habits of every consumer. Technology has an increasingly extensive understanding of us and is ready to interpret and pre-empt our needs. But machines – he warns – do not have a soul and human beings are filled with emotions. This emotional component is present also in our fashion purchases, including above all luxury fashion purchases. For this reason, the future of luxury must pass through concepts like passion, imagination, persuasion, and the ability to tell a story. That’s not all:  technology is fundamental to our future, but only in the amounts strictly needed. In a world where our needs are so clearly understood that they can even be predicted ahead of time and where technology allows for an in-depth study of each one of us, it becomes fundamental to consider human beings as individuals who are made up above all by relationships and feelings. Luxury is not only a matter of buying a product, but rather is an experience unto itself.
It is exactly the idea of expressing the unique identifying quality of a brand and directly introducing it and the know-how behind it that are at the heart of the opening of Golden Goose Lab in Milan, as explained by the brand’s CEO, Silvio Campara: Here, customers are invited to participate in a ‘closed door’ experience, where inside the laboratory they are given the possibility to make their own individual changes to the shoe, with the help of an artisan, thus creating a sneaker that is much more than personalised and the result of a direct experience.
It is not by chance that the ultra-personalisation of the offering, made possible thanks to an in-depth understanding of consumers, is at first place in the ‘Retail Trends 2019’ classification put together by  KPMG. Maurizio Castello, KPMG Partner, also underlined the role of interconnections between different sales channels, including both online and offline, while warning of how eventual discrepancies between the price suggested by the brand and the price applied by the platforms of multibrand sales channels can create serious damages to the image of the brand itself.
The omnichannel, or rather the ‘new retail’ channel as defined by Cristina Fontana, Business Development Director of Alibaba Italy, is also at the centre of the Chinese giant’s strategy, which collaborates with brands in creating important ‘happenings’ in physical places that are then transmitted as ‘3D experiences’ online and shared with the entire community.
One of the central themes of the Milan conference on luxury was that of sustainability, with a 360° look at it in all of its many facets. Sustainability, in fact, is increasingly connected to the second-hand segment that is quickly making headway, and as confirmed by Guia Ricci from the Principal Boston Consulting Group, second-hand luxury items are even considered good investments. Speaking of sustainability were also Carlo Capasa, President of CNMI, and Marino Vago, President of SMI, who highlighted the importance of extending sustainability to include the entire supply chain and not only the company itself for establishing the brand’s credibility. Additionally, Carlo Mazzi, President of Prada, explained how sustainability should be seen as an end in itself, and not as a mere instrument of marketing, since its positive effects can be extended to include the entire production chain.
It is exactly sustainability understood in terms of supply chain that was at the centre of the speech given by Kean Etro, Creative Director of the brand, who has decided to collaborate with partners like Cotonificio Albini for a certified and transparent sustainability. Over the years, Etro itself has set into motion numerous green and sustainable projects, like for example the cotton dyed in its plant in Peru. 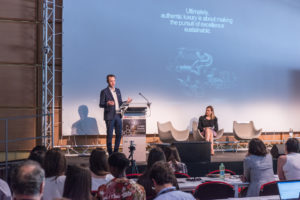 Among the different speeches of great impact was also that of Manfredi Ricca, Chief Strategy Officer of Interbrand, who spoke of an extremely relevant and mostly unexplored aspect of sustainability: INCLUSIVITY, understood above all as an acceptance of DISABILITY. It must be said that fashion is slowly starting to understand how diversity can also be synonymous with beauty – for example, by presenting oversize models on the runway, or by immortalizing faces with Vitiligo skin condition, like that of Eva Khyne Sam, or by reserving a special place of honour for Paralympic athletes, like Veronica Yoko Plebani and Bebe Vio. However, ‘non-standardized’ beauty and above all ‘differently-abled’ also represents an extremely important target, which up until now has been almost completely ignored by the market that should instead start looking to it with more interest. Eyewear is a perfect example of this: initially conceived for those with a disability – defective eyesight -, over the years, eyeglasses have become a fashion item used by fashion and luxury brands to their full advantage so they can grow and establish themselves on the market. The same thing cannot be said of other disabilities. Intercepting this change is accordingly fundamental, also because the technology needed to bridge the gap between ability and disability already exists, and is just waiting to be used. All this is without considering that the average lifespan is becoming longer and with it the number of ‘differently-abled’ are also increasing, with a ‘handicapped’ public that is increasingly extensive… 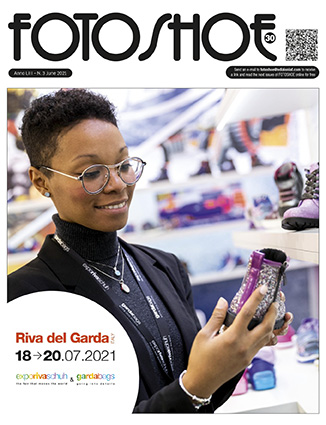