Missouri: 50 years of luxury and style

A footwear manufacturer from Monte Urano that celebrates its anniversary by highlighting its leading values of Made in Italy craft workmanship, quality, and style, while looking to a future characterised by a focus on omnichannel strategies. We spoke of this with the general manager of the company, Cristiano Ferracuti 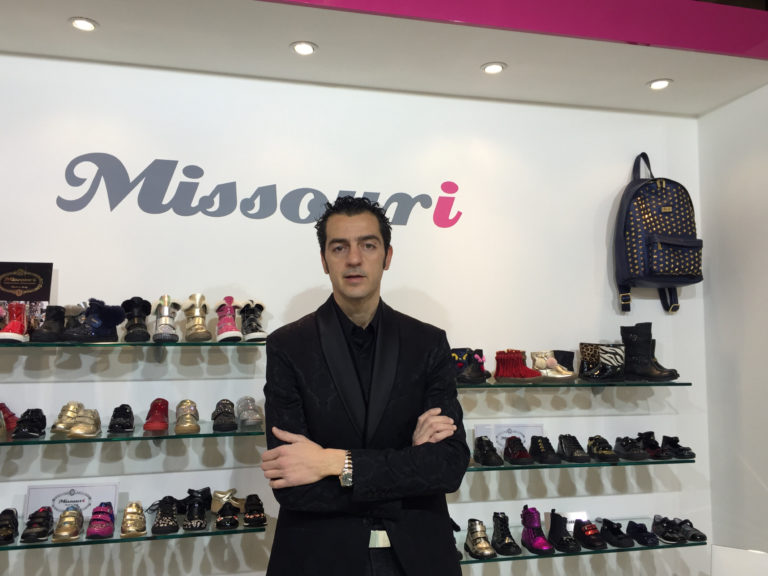 “Ours is a business that is both industry and family-run at the same time: founded in 1971 by my father Sergio together with his two brothers, today, 9 out of thirty employees is a relative. A passion for luxury children’s shoes is what brings us together along with the desire to remain in Italy, while making the essence of being Italian our most important value, referring to our great artisan tradition and in the choice of using only raw materials from our country. Instead of focusing on large quantities, we have chosen the path of quality and the results have been satisfactory, as can be seen by both the success of the Missouri brand and the fact that many designer labels in fashion have chosen us to produce their lines of children’s footwear”.

What is the identity of the Missouri shoe?

“Although we offer a 360° range of shoe types from athletic footwear to those for school, the main identity of the Missouri shoe is the shoe for formalwear and important occasions. In particular, many of our models have a heel, and although it is unusual in children’s footwear, it is extremely popular in markets like Russia, Arabian countries, the UK, and France, which are also among our first destinations. With a sophisticated style and first-rate quality materials, our shoes are perfect for customisations: many of our creations in fact are fruit of the exclusive dialogue with customers and their specific requests. Our shoes can be found in boutiques specialised in kids’ footwear and in Missouri corner stores located in places like Monte Carlo, Dubai, and Moscow”.

Can you provide us with a sneak preview of the up-and-coming Missouri winter collection?

“There will be lots of black, but also colours, laminated leathers, and special embroideries”.

“In the past we have had the license to produce Ermanno Scervino Junior, and for a number of seasons now, we have been in charge of Araia Kid, which is more streetwear-oriented with a sporty mood connected to the world of teenagers, allowing us to explore another segment of the market that is different from the one of Missouri. It is in our DNA to work alongside leading brands and the future will probably include other new licenses”.

Which distribution channels do you use?

“We participate in the main sector fairs of Pitti Bimbo, Micam and CPM in Moscow. We have a showroom in Milan, and over the last year, because of the crisis created by the Covid-19 outbreak, we have focused a lot on digital channels, developing a virtual showroom, which was launched during the second half of 2019. Always in terms of digital, we are also present on the Micam NUOrder e-commerce platform, which for now has not received the best feedback, maybe because of the kind of product we propose. We also count on becoming part of the Pitti Bimbo platform on Pitti Connect at the next edition”.

How important is it for Missouri to work in a district with a high vocation for children’s footwear like that of Monte Urano?

“For us, being able to count on a network of companies and workshops with an extensive and specific experience in the field of children’s footwear is definitely important: unfortunately, many of these realities risk closing as a consequence of the pandemic. One example is a warehouse of leathers that we used to source from which has now closed. Since we are now forced to directly interact with the tanneries, the lead times in production will undoubtedly become longer”.

What are your aims for the future?

“In light of the situation, our focus is on reinforcing our rapport with clientele, who notwithstanding this crisis never abandoned us. And we will continue to kick off new collaborations with other children’s fashion designer labels”.