MICAM is kicked off 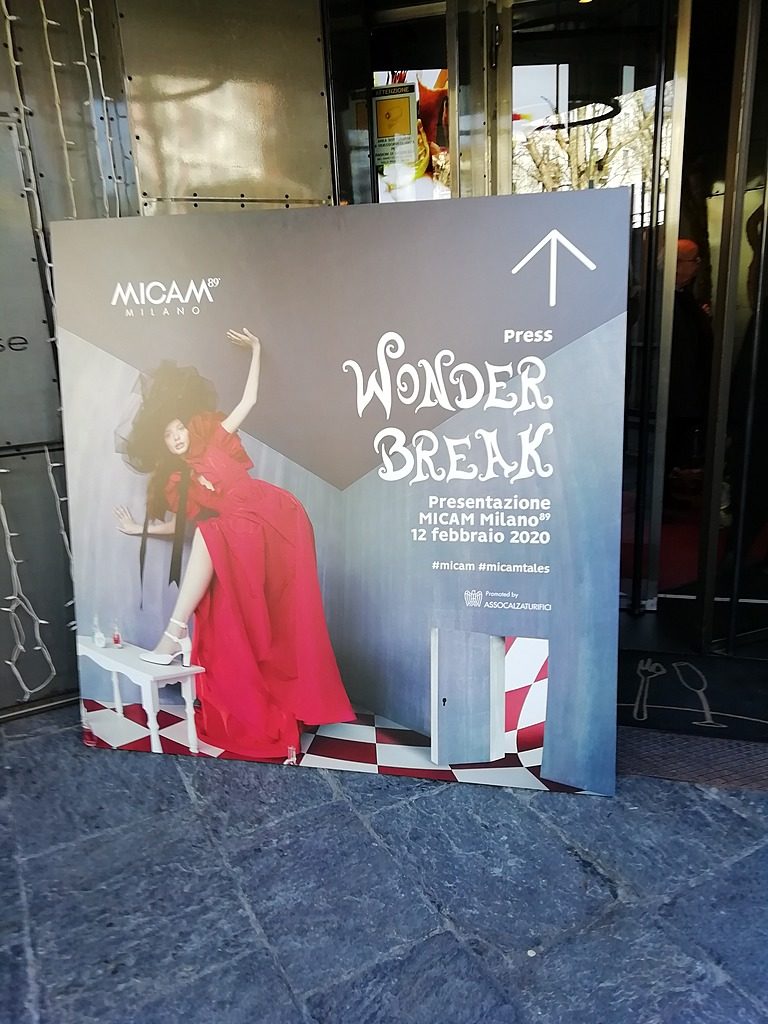 Siro Badon, President of Assocalzaturfici and MICAM, gave the opening speech at the press conference held on Wednesday 12 February, outlining a picture of light and shadows in the Italian footwear manufacturing industry in 2019. Dropping-off were production quantities, with only 178.6 million pairs produced, down -3.1% compared to 2018, and exports down by -1.6%. Values instead were positive, up +1.3% for production and +6.8% for exports, exceeding 10 billion euros in value for the first time, in what is the umpteenth record for the trade balance: 4,879 million euros, up +10.3%.“The record number in exports – comments Siro Badon – can be attributed to the driving force of luxury designer labels as certified by the +26.8% result in direct exports to Switzerland, representing the first destination for Made in Italy, and France, up +9.3% which, together, represent a third of Italian exports. At the same time, the drop in export and production volumes results in an equivalent drop in manpower, in a scenario that sees the domestic market in a completely recessive phase”.  Among the Made in Italy markets, Germany and countries of the north are characterised by drop-offs in quantity and values, while the UK and Spain are characterised by positive performances.Russia and the ex-CIS area continue to experience negative trends, the origins of which can be traced – comments Siro Badon in reference to the on-going sanctions – to “political questions” with heavy repercussions on the districts traditionally tied into this area like Marches and Emilia Romagna.The Middle East is still down, with -9.2%, as is Japan (-6.7% although with a rise in value equal to +6.8%). USA and China record increases of 10%, with South Korea continuing its double-digit growth at almost 20%.In the domestic market, the negative consumer trend continues, with purchases dropping-off in quantities (-3.2%) and in values (-2.3%). The only shoe segment that grows is that of sneakers and athletic footwear, although at an extremely moderate growth rate.“What kind of expectations does the sector have for 2020? – asks Siro Badon – Very few, since the picture is full of unknowns, between protectionist winds, Brexit, and the Cornavirus, which we expect will result in a lower turnout at MICAM equal to -5-7%, but also a drop in domestic consumption caused by fewer Chinese tourists… Italian companies expect a further downtrend in foreign markets and a continuation of the recession in the domestic market. However, notwithstanding this difficult scenario, as footwear manufacturers we must remember that the very best shoes shown in store windows around the world are the ones that we make. We must continue to move forward whatever the circumstances might be”.Siro Badon also announces the signing of an important partnership with Informa Markets, among the biggest international trade fair players that organises events in over 100 countries worldwide, which will see the launching of MICAM Americas. The event, which will replace FN Platform, will be held in Las Vegas from 17 to 19 August 2020: “It’s a new business opportunity, thanks to the experience of two great and already established exhibitions – declares Siro Badon – and we will extend the MICAM brand through the creation of MICAM Americas to meet up with the United States fashion community. The American market is extremely important for Made in Italy and already today it represents the fourth destination for Italian footwear worldwide, with over 12 million pairs of shoes exported: for our businesses, MICAM Americas represents an excellent opportunity for presiding over this important market”. The floor is next taken by Tommaso Cancellara, CEO of MICAM, who speaks of the event. He begins by announcing the new February show dates of the winter editions in 2021 (21-24) and 2022 (20-23): with dates finally taking place in conjunction with Fashion Week, it will be possible to take advantage of the ‘important synergy’ between the two events. Another announcement concerns Minister Luigi Di Maio’s appearance at the event on opening day at 5:00 p.m. MICAM will host 1205 exhibitors, of which 628 are Italian and 577 foreign, in an exhibition area of 58 thousand square metres: numbers that make it the biggest footwear trade fair worldwide. Signalling the importance of the event is the re-entry of names like Alberto Fasciani, Borbonese, DNKY and Love Moschino, in addition to the debuts of Manila Grace and Hide & Jack. In terms of the layout, there are many changes in store, including the debut of the MICAM X area in Hall 1, the stage for the most innovative and technological proposals of the fair that will have four focuses: art, fashion & heritage; material trends in collaboration with Lineapelle; the future of retail, and sustainability. The area will also host the “Elements of sustainability” fashion show realised in collaboration with the Sistema Moda Educational Training Platform.At the same time, the other areas will be revolutionised with events and initiatives ready to enrich the contents of the event. A special eye of regard will go to the Players District dedicated to the multiform world of athletic and outdoor footwear, which attracts the attention of over 40% of the visitors and shines the spotlight on an extremely dynamic world. Among the protagonists of the area will be Lotto, Bjorn Borg, CMP, Dolomite, Joma Sport, Skechers and Patrick. Enlivening the area will be the performances of freestyle professionals from the worlds of bike stunts, soccer, basketball and break dancing. Finally, the ad campaign of the fair connected to the world of fairy tales, MICAM in Wonderland, is accompanied by the hashtag #micamtales, and with its image, it invites an exquisite Alice to enter the fantastical world of footwear.