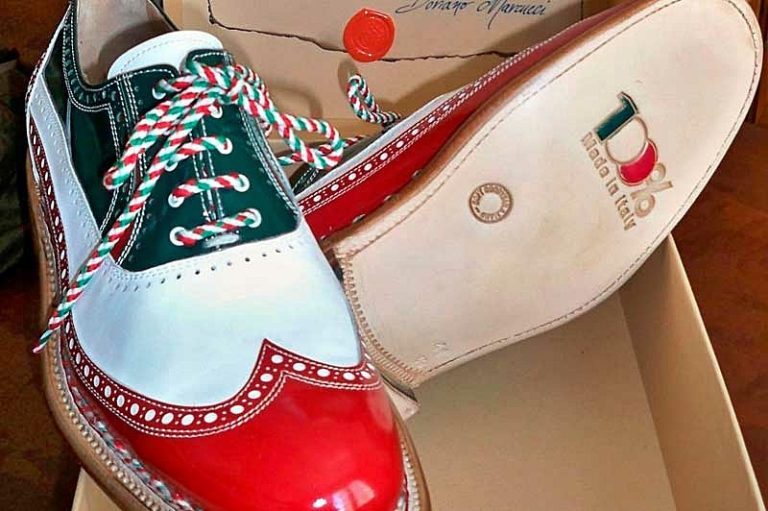 Made in Italy footwear continues to attract foreign markets: during the first six months of 2019, exports in this sector recorded a +7.1% in value (resulting from a rise in average price equal to +8.2%). This is what emerged from the report on the Italian Footwear Manufacturing Industry – First Semester results published by the Confindustria Moda Research Centre. A positive value, which is flanked by the double-digit growth of the balance of trade surplus estimated at 2.41 billion euros, up +10.7% compared to the same period in 2018. Next to these positive numbers, however, are also negative trends: the persisting weak demand of the domestic consumer market, already suffering from a decade of slow erosion, during the first six months of the year recorded an even greater downtrend in purchases made by families (-3.7% in quantity). Fewer pairs of classic men’s and women’s footwear were bought (-9.5% in quantity and -8.3% in volume), while sneakers were confirmed as the only stable segment (+0.8% in quantity and +2.9% in value).Instead, internationally, a panorama of uncertainty persists: from the commercial tensions and protectionist policies that will most likely continue, to the slowdown of leading economic powers – including above all China and Germany-, to the lack of recovery by markets that are important for some footwear manufacturing districts – as in the case of Russia-, to the unpredictability surrounding the implementation of Brexit with the imminent risk of a “no deal”.    “To overcome this moment of difficulty it is necessary to invest in ourselves and in our abilities – confirms Siro Badon, President of Assocalzaturifici – It’s fundamental to train new professional figures that are capable of brining innovation to Made in Italy footwear producers, while adhering to our tradition and the standards of excellence characterising our production. Professional training flanked by specific strategies of internationalisation and important trade fair events like MICAM, is the real answer that will allow us to begin a process of relaunching Italian footwear and confirming our leadership worldwide. A sector fundamental for our economy, which can serve as a launching pad for the country’s entire system”.Instead, in terms of exports, behind the initially rewarding data of the first six months lies the great diversification of high performance companies. From one end, are the extremely positive results of leading international luxury labels, where a number of sector companies work as subcontractors, explaining the numerous exports towards Switzerland – the traditional logistics-distribution hub of fashion brands – and to France. From the other end, are the SMEs, which are in difficulty when it comes to intercepting favourable dynamics.In the EU, in addition to France (+11.8% in value and +13.4% in quantity), the United Kingdom and Spain follow moderately favourable trends. Instead, countries like Germany (-8% in volume and -2.4% in value) have dropped-off, along with the Netherlands and Belgium. Overall, the EU –where 7 pairs out of ten are destined – is characterised by a positive trend of +3.9% in value and a modest +0.6% in quantity. Non-EU figures are instead characterised by ups and downs. Next to Switzerland, the main destination for Made in Italy with +34.3% in value and +5.2% in quantity, a negative trend characterises the countries of the CIS area with Russia down -19.5% in quantity and -17% in value, Ukraine at -1.7% in volume, and Kazakhstan even arriving at -26.3%. Equally unsatisfying is the Middle East (-15% quantity and -7.5% in value) with a -7.8% drop in volume recorded in the United Arab Emirates. More rewarding are North America and the Far East, where values are on the rise, while volumes are dropping-off: the USA is at +13.5% and -3.8%, with Canada at +1.1% and -3.8%. In Asia, China is up +13.8% and +0.3%, South Korea rises by +12.3% and +0.2%, while Japan is up +5.2% and down -9.4%.In light of these national and international dynamics, during the first six months of 2019, a further drop in production numbers equal to -2.3% in volume was experienced (arriving even at -4.5% in the sample of SMEs polled by Assocalzaturifici). At the same time, the number of sector companies continues to drop-off: -119 fewer companies, down -2.6% with a loss of 492 job positions.