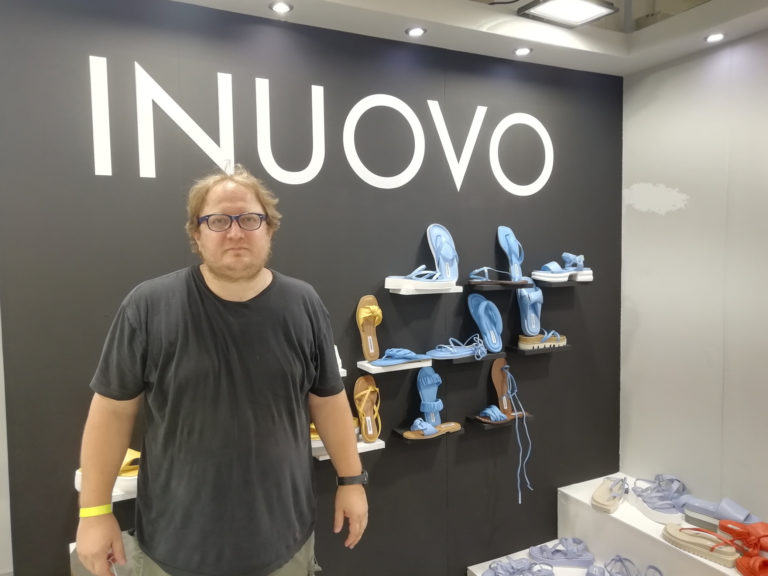 With a background in the world of retail, INUOVO was founded in 2009 in the Turkish capital of Istanbul, where it began manufacturing its own brand of footwear, which accounts for 80% of its business, while the remaining 20% is made up by private labels. The design of its collections is developed in-house in the company’s headquarters, which also hosts the brand’s showroom, while the production facilities are located not only in Turkey, but also in China and India. We met up with

Ismet Mert Doğaner, managing partner of the company, at the last edition of Expo Riva Schuh, where the Turkish brand presented its SS22 collection, providing us with the opportunity to learn a little bit more about the success behind this brand.

What is the concept behind INUOVO shoes?

“Right from the start, we decided to make shoes fun, and not boring. Our focus is on colour, on a wide range of proposals aimed at a young clientele aged 20 to 40 years old. Like the SS22 collection we presented at the fair, featuring a fresh range of sandals developed in a palette of pastel colours with details like padding, gatherings, knots, laces that wind up the leg, to then wrap it all up with the extremely trendy flatform sandal with platform outsole and strappy sandals with maxi soles, which are sure to be well-liked by youths”.

What are the features of your product?

“Style is important with the adoption of a line of models that is trendy, fresh, and cutting-edge. But also materials, with the decision to use only genuine leather, coming from the thriving Turkish tanning industry. And attention to details. The price range of our retail footwear is between 59 and 99 euro per pair”.

What are the INUOVO markets?

“We work above all with Germany, Benelux, Italy, and France. Our customers include trendy boutiques, the few department stores that have remained, retail chains, and also some e-commerce”.

How did your second time at Expo Riva Schuh go?

“The first edition in which we participated was before the outbreak of the pandemic, and we immediately met up with positive feedback from the event’s public. The second edition, which was influenced by a mood of economic uncertainty that has continued to persist even after the emergency, was nevertheless well above our expectations and we had the opportunity to once again meet up in-person with most of our customers and set into motion some new interesting collaborations”.

What role did the digital channel have during the pandemic and what developments do you expect for the future?

“During the pandemic, we launched our own direct e-commerce channel and immediately met up with positive results. Our strategy for future development is focused on important investments to build up our B2C e-commerce”.