Where German retail is headed, Made in Italy market shares, and secret formula that allows German shoes to remain competitive 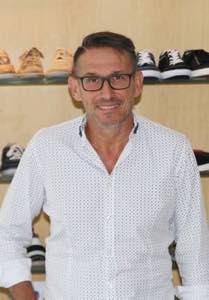 2017 was not an especially dynamic year for Made in Italy in Germany. Nevertheless, despite the drop in quantities (-2.3%, for a total of 29,445 thousand pairs exported) and the weak growth in value (+2.5%, arriving at 863.31 million euros), over the first ten months of 2017, this market steadily held on to its position as the second leading destination for Italian footwear exports.

Those interested in operating with success in this market must deal with a structured retail system that includes big players, store chains, and an e-commerce channel that is becoming increasingly pervasive, while accounting by now for a fifth of all shoe sales in Germany.

As far as sales trends are concerned, the economic report presented by the BDSE, Federal Association of the German Footwear Retail Trade, during the last edition of Gallery Shoes, highlights a very slight +1% during the first six months of 2017 which, together with a downtrend over the month of July (-5%), did not even allow sales to break even during the first seven months of the year.

Thus, it was a disappointing year for retailers, although there were great differences among them: for example, specialised retailers achieved a +2% in sales, while the results of chains were even better, with giants like Deichmann even arriving at a +6% increase.

The market of online footwear in Germany deserves its own separate entry. As already stated, the various distribution channels for selling footwear online account for a 20% share of the market: this means that two out of ten pairs are sold online in Germany. E-tailers on their own are responsible for half of the online sales, firmly controlling 9% of the country’s footwear market. A fourth of online sales is instead represented by purchases made from multichannel footwear retailers. Even retailers of mid-size shoe stores increasingly use the digital channel for the sale of their shoes. These products are partially offered by self-sufficient online stores, as an additional or exclusive sales channel, and through online marketplaces like Amazon and eBay. However, also specialised platforms like Schuhe.de and Schuhue24.de have recorded good results: many specialised businesses managed by direct owners use them as a super-regional distribution channel.

The main problems that traditional German footwear businesses have faced over the last few months, instead, regard a drop in the number of customers visiting their traditional retail stores, as well as the competition they must face from vertical chains like Zara and H&M, and from single stores and multi-label chains with their increasingly large selection of shoes. And, naturally, there is the online sales channel.

How do German retailers reply to these challenges? From one end, by changing the frequency of their shoe deliveries in order to better satisfy the expectations of customers. From the other end, through improvements made in the restocking of their inventories, with optional digital follow-up orders of single pairs, as part of an extension of the digital shelf, in order to improve the presence of goods over the entire sales season and to avoid leftover warehouse stock. Last of all, BDSE – the Federal Association of the German Footwear Retail Trade recommends that retailers focus on having “a better selection, the right suppliers, and a balanced mix of fashion trends”: requirements that can also be effectively satisfied by Made in Italy footwear. In fact, Italy is the second footwear supplier to Germany, after CHINA, with a market share estimated at around 10%. From January to October 2017, Italy exported 29 million pairs to Germany for a value equal to 863 million euros (respectively -2.3% and +2.5% over the same period in 2016).

How is German production doing in keeping pace with changes in domestic retail? We ask Carl Auguste Seibel, president of HDS/L, the German Federal Association of the Footwear and Leather Goods Industry, what he thinks: “Many footwear manufacturers look to sporty themes in order to reply to the increasing demand for sneakers– replies Seibel – especially with functional and comfortable features, a segment that is still extremely appealing to the German market. So-called comfort sneakers sell very well, not only in Germany, but also in foreign markets. It’s a product that increases in value, thanks to functional characteristics like memory foam, removable inserts, elasticised details, lightweight and flexible soles, soft pads and forms of various lengths. New materials and constant research allow for further improvements to products, which today are extremely high quality”.

With the transformation of retail, how do the sourcing logistics of producers change? “Flexibility plays an important role. In light of the increasingly rapid pace with which fashion trends are conceived and developed, it is essential to be present with the right shoe at the right time. Also for this reason, German footwear manufacturers have brought part of their production back to Europe: this way their reaction times are much faster and in sync with fashion trends. It is absolutely necessary to supply retail with fresh fashion trends and innovative footwear that motivates purchases. The shoe business has changed and by now orders are no longer booked only twice yearly…”

How is the success of e-commerce influencing production in Germany? “No big changes have been made in production, and big players in e-commerce continue to conquer an increasing number of market shares. – concludes Siebel – But they too are like regular customers. At the same time, the digital world demands new marketing approaches from producers that include, for example, new, visible and effective ways of presenting the brand. Thanks to digitalisation, everything is speeding up. For the industry, it is necessary to adapt logistical structures. In other words: commerce has changed a lot and will continue to change in the future”.