From Ukraine to Expo Riva Schuh. A story of resistance and reconstruction

Julia Guzenko, a Ukrainian businesswoman, found the strength to carry on investing despite the businesses being devastated by bombs, challenging circumstances brought on by the conflict. 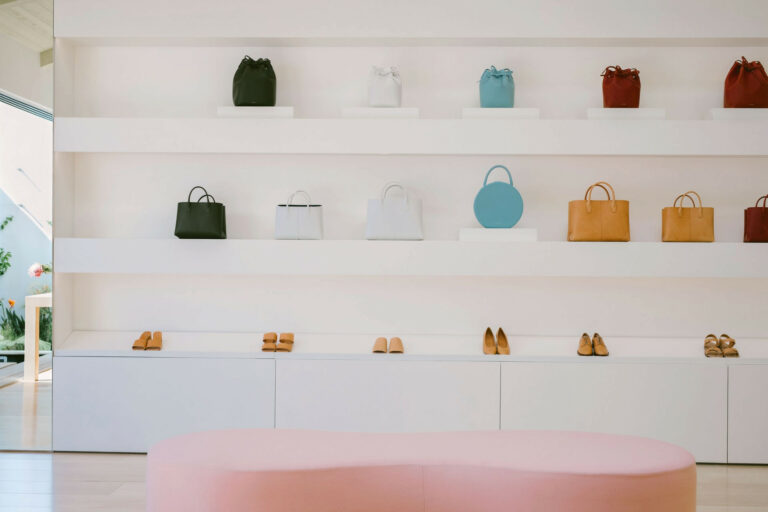 On February 24, 2022, the conflict in Ukraine broke out. Julia had barely been in Kiev for three hours when the first blasts started. She departed from Italy, namely from the MICAM in Milan: "It was all so bizarre. Coming back home after few days and face war".

We had the opportunity to meet Julia Guzenko, a Ukrainian businesswoman and the owner of the Giardini chain of shoe and accessory stores, at the Expo Riva Schuh & Gardabags in June 2022. Its past has given us a picture of the situation the population is in as well as the state of the Ukrainian market throughout these months of war. We cannot deny how touched we were by her story, which was filled with expressions of gratitude for all who assisted her as well as words of such tenacity and determination. A first-ever interview that consisted only of listening, stillness, confusion, and reflection.

On March 7, ten days after that traumatic return home, Julia reopened one of her shops. Why did you make that decision? Many of our customers – Julia says – were forced to leave their houses and were only able to bring a small suitcase filled with a few pairs of jeans and jumpers. At that time, they were forced to leave their city and their homes and relocate to safer parts of the country's north. Everyone needed to wear appropriate shoes, and they asked me if I could supply them because the southern regions of Ukraine have milder weather in February while the northern regions suffer lower temperatures. I contacted the Kiev Trade Center right away to inquire about reopening one of my stores. The only open shops were supermarkets, pet stores, and pharmacies, which created an absurd situation. We finally opened, but with a reduced crew due to everyone running. From that moment we started again”.

During the first three months of the war, she lost five shops: two in Kherson, two in Odessa, which were inside the Trade Center that has been destroyed, and one in Mykolaiv, his hometown. "I've been a resident there for 22 years. In that city, I had a store, an office, an apartment, and other necessities for living. Everything is now closed, the stores have been damaged, and it is quite challenging to imagine reconstruction”.

But Julia is certainly not a woman who gives up, in fact, she launched a new store in Kiev in June, and by the end of December 2022, she plans to open many more. She wants to have 20 stores again like she did before the war. “Although I am aware of how challenging it is, I am convinced that we must work even more since only through hard work and business will we be able to withstand. We have reopened our stores in every city where it was possible, but there are still many areas where it is impossible to work or live because the cities there have been nearly destroyed. However, we Ukrainians are resilient and brave. It's hard to believe, but people started repairing the streets right after the bombing. We rebuild day by day”.

Julia and the entire population suffer constant worry and anxiety. Every day, they witness people who have lost everything, and in some situations, these people are those who are still without a home, a car, or anything else, destined to start over from scratch.

“I think I'm among the lucky ones since some of my stores are open, and we can operate in them, and because I haven't had to start from scratch”, Julia says. “Our 15-year-old partners in Italy, Spain, Portugal, and Brazil have placed orders with us for the next two seasons. Since these orders are beyond due, I must express my gratitude to all the manufacturers who made themselves available to us and helped us”.

Julia ends saying: "This war will come to an end. People are coming back to Kiev, especially young people between 22 and 35 years old, who want to be a part of history and have a strong connection to their nation. I am glad to be Ukrainian, and I am pleased to be able to participate in this event, since the atmosphere at this fair is so welcoming. I want to express my gratitude to everyone who has supported us and assisted us”. Silence and reflection.