Fashion must return to authenticity, with a pinch of TikTok

New challenges in the world of fashion according to the vision of some of its leading protagonists, from Frida Giannini to Dries Van Noten and Mugler’s Casey Cadwallade, from the ‘enfant terrible’ at Maison Balmain, Olivier Rousteing, to the Managing Director of TikTok, Adriano Accardo, without forgetting about the founders of Italy’s two leading showrooms, Riccardo Grassi and Massimo Bonini. 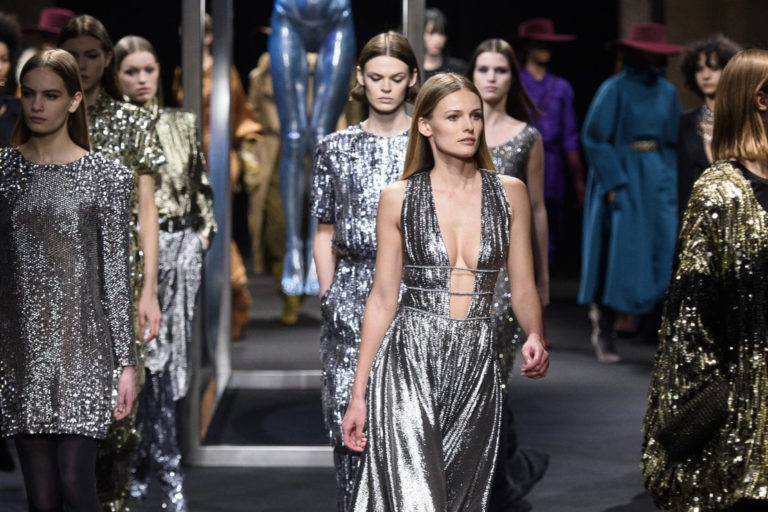 The outbreak of Covid-19 unavoidably marked a turning point also in the world of fashion, fuelling not only those trends already underway, but also causing new customer needs and orientations to emerge and take root. Discussions regarding these new pathways in fashion have been at the centre of many virtual meetings and webinars, like that of Class Agorà entitled ‘Next generation: from designers to social media’.

After many years of silence and far from the spotlights, former Fendi employee and Gucci Creative Director Frida Giannini, who was called upon to give the opening speech, underlined how over the last five years a number of epic changes have occurred in the world of fashion, with brands bursting onto the scene in a very short amount of time, thanks to strategic marketing and sales operations and to the success of just a few ‘pieces’ becoming the protagonists of social media, while an overwhelming number of logos and designers have risen to the top, thanks to numerous followers and more or less famous figures at premiere showings. According to Giannini, the outbreak of the pandemic seems to have shined the spotlight with greater insight onto the true concept of fashion and luxury in particular, distinguishing between those brands destined for fleeting success, since they are founded on temporary trends and the popularity of social media and influencers in that precise moment, and those brands that are genuinely geared towards research and innovation, with a true understanding of the processes, materials, sartorial elegance, and craftsmanship that goes into these products. Fashion and the pandemic have made it clearer than ever before that there must be a return to origins, authenticity, and well-made products. And all this requires time. The timing of fashion is a theme that was at the centre of the so-called ‘manifesto’ of Dries Van Noten, which can be summed up with the motto ‘produce less, produce better’. “During the first lockdown, we realised that everything was too fast. There was too much of everything and our foot was always with the pedal to the metal – confirms the legendary Belgian stylist – I felt the need to slow down. Customers no longer knew what to look for in stores, with store windows proposing furs in the summer and lightweight dresses in the winter, and above all, the value of what we were doing was failing. The outbreak of the pandemic suddenly made the world slow down and reflect and this also worked to the advantage of sustainability”.

“We have returned to the essence of fashion and genuine creativity, so it is no longer only about business. Today, customers look for garments that are more experiential-oriented and destined to maintain their value over time. There has also been a return to kilometre-zero production, where skilled individuals give life to wonderful creations with their hands”.

Casey Cadwallader, designer at Mugler, speaks on ‘See now, buy now’ or ‘Jump and done’ (jump into the store window and the object is ready). Fashion accordingly becomes closer to the consumer looking for a dress or accessory suitable for that particular moment in time, while creating the need to rethink a timeline that no longer works. The collections themselves become more real, concrete, and direct.

The slow fashion manifesto is also shared by enfant terrible Olivier Rousteing, creative director at Balmain: “The pandemic forced us to be more creative, while at the same time looking to the heritage of the brand. Customers want authenticity and something timeless in a period dominated by instability”. Olivier also underlined the importance of an increasingly inclusive and genderless fashion. Not only has he dressed the explosive curves of Kim Kardashian, but he would also love to interpret the winning style of the new United States Vice President, Kamala Harris.

According to Van Noten, even retail has changed with the pandemic, insomuch that he himself recently opened a new cutting-edge store in Los Angeles that is both multifunctional and of immense dimensions. “The future will not only be virtual and exclusively e-commerce. There’s also a lot of room for physical stores, for brick-and-mortar boutiques, which however must be revamped”. In L.A., the stylist has created a space where not only clothes are sold, but also where art exhibitions are organised, presentations are given with artists painting the walls, and music can be played and listened to in a music room. There are also spaces where self-expression is made possible through the applied arts and an archive area where pieces from past collections can be presented or where second-hand items can be brought. “It is a space of contaminations, where people come to see, listen…”.

Online sales themselves, according to the stylist, will play a different role in the near future. “E-commerce is a psychologically different channel from brick-and-mortar, offering the possibility to buy items that are different from those available in the physical store. They are two parallel, yet different, channels”. Van Noten emphasises that the virtual sales channel must not become a shadow area dedicated only to discounted items and deals, but should always remain a channel that offers the possibility to purchase something different, while the physical store will represent a place of emotions, where it’s possible to purchase experiential clothing: “In the 90’s, everything became a flagship store, while today we have the possibility to communicate in a diverse way using different sales channels”.

Likewise interesting is the digital spin on presentations given by the Bonini space in this post-pandemic period, with the organisation of bona fide events in showrooms that capably convey in a clear and definite way the concept of every brand. This way of transporting ‘physical into digital’ has met up with excellent results and will also be re-proposed in the future.

Riccardo Grassi, with his self-named Milan showroom, believes that even when the epidemic is over, the digital presentation of collections will continue in any case to represent 20-30 percent of the total, while also the fabric itself of international Fashion Weeks will unavoidably be changed.

Digital is also at the centre of the presentation of the Mugler collection, with a celebrative video of great impact that registered a record number of 1.3 million page views. Defined by Cadwallader as a ‘rare gem of entertainment’, it could probably be re-elaborated and ‘blown up’ also in the future, at the end of the pandemic.

There is then the leading theme of new social media channels, starting from TikTok, which today counts almost 100 million active monthly users and 2000 employees in Europe, while increasingly stealing the show from Instagram and Facebook, above all among the generation of Millennials and GenZ, who are especially important for the world of fashion because they are leading the way in the luxury segment (in 2019, 100% of global growth in luxury fashion can be traced back to them). According to Adriano Accardo, Managing Director at TikTok GBS (Global Business Solutions) Southern Europe, the key to success of this social network that is highly beloved by the very young (among others), is that it managed to democratize creativity, and this allowed life to be given to constantly new trends… For this reason, TikTok is ‘naturally’ in sync with the world of fashion, which in fact is increasingly enamoured of this social network, from Moncler that used Will Smith as an influencer, or rather as a ‘creator’ (the term coined by Accardo), to Prada, Vuitton, Gucci, and Mugler.

Even the kind of communication that TikTok offers is different from that of its direct ‘competitors’. In fact, according to Accardo, TikTok stands out for its more spontaneous, real, and authentic way of communicating, which is also wonderfully imperfect, as well as inclusive since everyone can be a creator, and not just influencers. A prime example of this is Burberry, which asked its community to play around with its logo in a fun, spontaneous, and innovative way. Then, there is Gucci, which with the hashtag ‘Accidentally influencer’, chose two ‘forever young’ models or ‘differently-young’ ladies to dance around cheerfully and spontaneously.

So there is a move from the unachievable perfection of professional photoshoots with flawless and extremely beautiful models to that of a spontaneous and playful communication that is vulnerable and all-inclusive, while revealing new sides of the brand’s personality. Understanding the language of the platform accordingly becomes fundamental in challenging the limits of creativity. This is true to the extent that the trends that are conceived on TikTok often surpass and go beyond the platform itself. One example is the hashtag ‘HarryStylesCardigan’ of J W Anderson that was first conceived on the platform, and which subsequently became viral with 38.6 million page views, emerging from the digital channel to then launch the brand that offers its community instructions on how to create their very own cardigans at home.