Expo Riva Schuh & Gardabags, buyers are back and are investing in innovation and long-term sustainability.

The fair through the eyes of Alessandra Albarelli, General Manager of Riva del Garda Fierecongressi from the beginning of 2020. 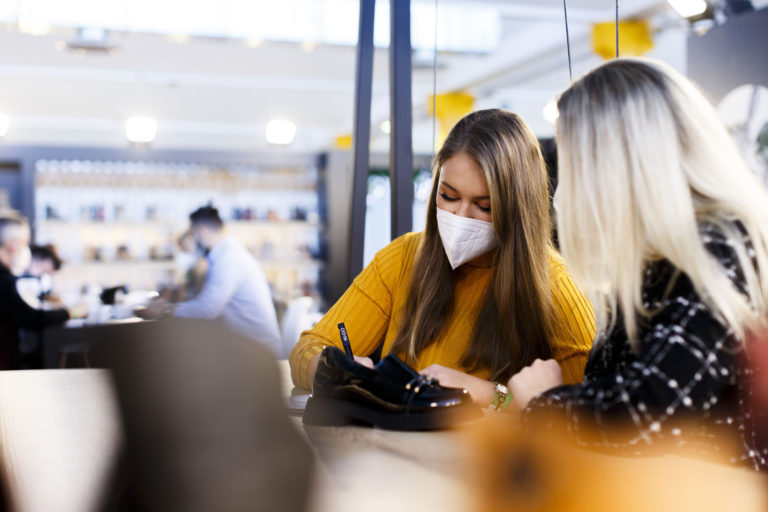 This edition of Riva del Garda fair is the first in which genuinely feels freer from the shadow of the pandemic, despite other serious problems, such as the war in Ukraine. How do the fair and the sector's specialists react to all this? We figure out how Expo Riva Schuh & Gardabags maintains the road of innovation with Alessandra Albarelli.

The war followed the pandemic. There seemed to be no end to the difficulties. From your vantage point, how do you see the sector reacting?

“Despite the market's general challenges – a decline in demand, a lack of resources and supplies, the extremely serious difficulties associated with the conflict, and the most recent restrictions inherited from Covid – we can see the positive consequences of the pandemic's conclusion.

Positive indicators abound at this year's exhibition, including the return of significant Chinese presences. Despite the fact that overseas trips and displacements are still hindered, Chinese manufacturing will be present at the event, both as live exhibitors and as samples on the shelves and online interlocutors, due to the Hybrid Service's creative idea. Following the January trial edition, this hybrid service has proven to be a very useful and well-received utility. In fact, there will be more than 40 hybrid stands at the June fair. This implies that visitors will be able to see a big amount of Chinese production during the expo.

The return of buyers who had been forced to cancel prior editions due to Covid also suggests a general sense of optimism. After Italy, Germany will be the most represented country at the expo: significant European customers are doing what they did before the pandemic. An increased sense of calm can be felt in the air, as well as a sudden desire to be physically present at the fair, to interact with people in person, and to touch the exhibits first-hand.”

What do you think is the most important news of the June edition?

“Without a doubt the massive presence of hosted buyers. Thanks to the internationalisation programme of Agenzia ICE, Agency for the Promotion of Italian Companies Abroad and Internationalization (ITA – Italian Trade Agency), as well as our delegates who individually invited international buyers. The faithful will return with their usual enthusiasm, and they will be joined by over a hundred new purchasers who are eager to attend the exhibition. It's worth noting that the purchasers' response was swift and decisive: "the urge to get down to business is palpable."

All the fairs seem to be in looking for a new identity. What can we expect from Expo Riva Schuh & Gardabags in the future?

“Our exhibition continues to be the largest volume footwear event in the world. However, this is no longer sufficient in today's world. In addition to having an identity, it must be strengthened by offering new services to buyers whose requirements evolve and adapt in response to changing market and distribution conditions.

Our job is to keep a strong brand identity while also providing up-to-date services that make the supply and demand match easier throughout the event.”

“I can only announce a service that we've been working on for a while and that will be activated and made available to everyone from the next edition in January 2023. Buyers can now use new Business Scout ways to identify the products they need based on their budget and distribution channels. Our goal is to enhance and optimise their presence at the fair, ensuring that the experience is as successful and effective as possible.”

You've been paying close attention to the issue of sustainability for some time now. What are the many perspectives on the subject?

“It is increasingly imperative to discuss sustainability. Especially for a fair like ours, which prioritises large-volume sales and can therefore help push the worldwide footwear industry toward a more sustainable strategy. We accomplish this by hosting meetings and seminars both during and after the expo, recommending alternative production models, providing insights into the impact levers of both production and distribution, and pointing to concrete and virtuous tools and examples already in use in the footwear supply chain. Bringing the issue of sustainability to the fair is important and of great interest to us, as it allows us to make a tangible contribution and become an accelerator of the green trend.”

Some time has passed since the beginning of the mandate, and a very difficult time to face. What are you most proud of?

"I'm really proud that the fair has never stopped listening to exhibitors and visitors, interacting with them, and therefore, building relationships. In just a word: with people. More resources have been made accessible by growing and qualifying the employees, with the goal of boosting the number and quality of services. We began and continued to examine innovation, not just in terms of sustainability, but also in terms of the evolution of retail and distribution, attempting to anticipate and encourage changes in the industry in order to be, to be fair, drivers of innovation."