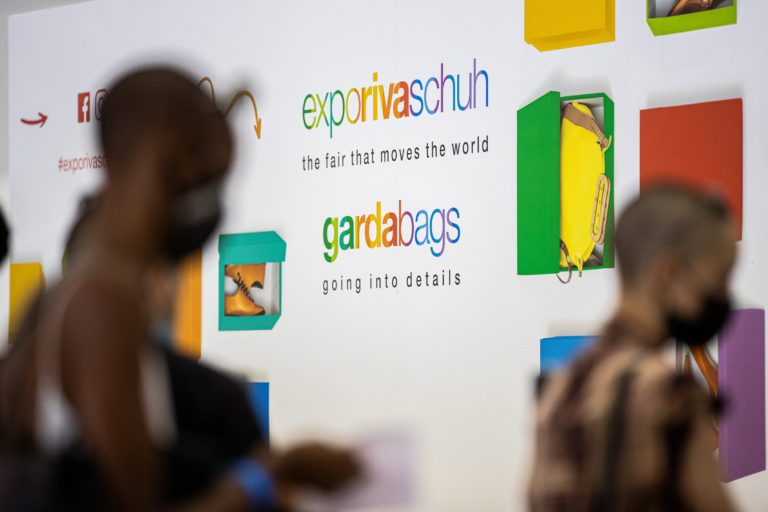 Certainly, the economic and social uncertainty kicked off by the pandemic has not let up, but the sector has given a concrete signal of wanting to return to live interaction and exchanges, while looking to the future with optimism. This is what happened at Expo Riva Schuh + Gardabags (from 18 to 20 July 2020 at Riva del Garda), where 406 exhibitors met up with 2,700 buyers coming not only from Europe – and particularly from Italy, Germany, Poland, Spain, France, and the Netherlands – but also from Russia, Canada, the United States, and Taiwan, overcoming the limits on international travel so they could once again participate in-person.

Expo Riva Schuh confirmed the sector’s desire to restart, as seen by the data contained within the market survey carried out by the fair: “At a time, when exports are still suffering due to the blocks imposed by the pandemic, taking part in this fair means a recovery for these sectors which are amongst the first to emerge from the crisis and find new customers who can temporarily substitute those who are still unable to travel – declared Enrico Cietta, Chairman of the Scientific Committee of Expo Riva Schuh + Gardabags – This trend was also confirmed by the survey, which foresees greater flows of export within the various continents, at the expense of international exchange with more distant countries, in this so-called proximity globalisation”.

Confirming this trend were also the export associations representing the national collectives of exhibitors at the fair: “We arrived at the fair with low expectations, but were surprised at the outcome: we had a good level of contacts and also had orders made. – declares Imanol Martinez, Marketing & International Business Development Director of FICE (a Spanish association) – In particular, in addition to Europeans, we also met buyers from Russia and the United States: this is a good sign, but on the other hand it was time to get back together again, especially for a product such as ours that needs to be seen and touched. 20 of our companies decided to participate on-site, while another 7 chose the digital platform”. The companies of the Pakistan Manufacturer Association appreciated the possibility of promoting the national industry as a place for outsourcing: “the fair provides an excellent opportunity to exchange views and restart: the condensed dimensions of this edition allowed our seven companies to be more visible and therefore have more visits to their stands, with many new contacts, above all from Eastern Europe”, declared M. Zubair, Director of UE Pvt. Ltd. and Kashif Abbas – Sales Head of Service Industries Limited (a Pakistani association). Important, instead, in terms of physical numbers was Turkish participation, which was divided between exhibitors in the general fair areas, and also represented by the EIB Aegean Exporters Association: “Our 11 companies were satisfied with the outcome, especially for the new contacts generated. – declared Hhaldun Sayi, Industrial Sectors Expert of the association – For us, the European market is strategic and returning to interact with one another in-person is fundamental”.

Next to the physical edition, the digital fair experience, Digital Connection, which was launched on 13th June, saw a surge in the number of connections over the three days of the fair, supporting the business of over 120 companies who took part virtually.

Now, all that’s left to do is await the next edition, scheduled from 15 to 18 January 2022, in what is a return to the traditional dates and a hoped-for return to normality.