Communication in The Time of Covid-19

It is safe to say that the global pandemic has completely erased the way the fashion industry works, made of appointments, events, shows, photo shoots, with everything taking place “face to face”. After an initial moment of disorientation, the great creative minds of the fashion companies managed to find different and “welcoming” ways to be close to customers, buyers, stylists and sector operators. 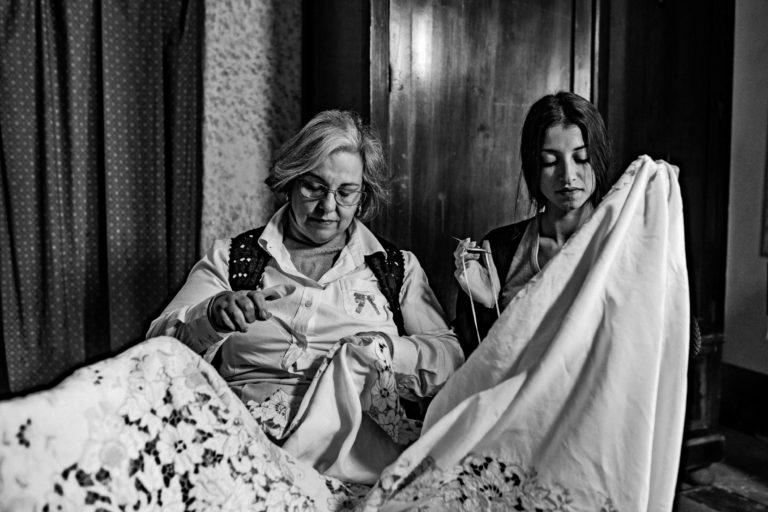 Here following are just a few different examples of those who have managed to change the way they tell their stories and relate to their audience without being intrusive or even worse, insensitive. And those who, even in an empathic and perhaps naive way, have given a signal of “being there” without denying the dramatic moment, but showing the desire to share with honesty, to want to roll up their sleeves, ready to start again. The fashion industry has developed many new digital practices to react to the emergency (how many will become the so-called “new normal”?). One of the various initiatives that hit the mark was that of Dolce & Gabbana who launched the #DGFATTOINCASA ("made at home") charity project, a series of digital workshops dedicated to promoting craftsmanship on different themes and crafts, streamed on the brand’s social platforms (with the crowdfunded proceeds going to charity). The project came to life from the idea of the “home workshop” of the past, where the magic of handmade blended with the warmth of family. The digital workshops are dedicated to different themes of fashion and style, strictly from smartphones and from home, where the Dolce & Gabbana artisans have given life to brand-new appointments that bring the beauty of know-how and the poetry of craftsmanship into everyone’s home. “We started from fashion, because it is our world and because it allows us to involve people we have known for a long time – there are those who embroider, those who weave, those who knit – but we will also expand to cooking, painting, singing and more…” The live streams from the Martino Midali boutiques (closed due to lockdown) were also very interesting. Every day Martino Midali’s saleswomen improvised themselves as models, transforming the showroom into a catwalk and answering live questions from their loyal customers about the collections (and the numbers of the initiative speak for themselves). Patrizia Pepe also enriched her e-commerce platform with a new on-demand service, developed in synergy with Google and available in six languages. It involves making an appointment with a sales assistant who, through Google Meet, guides the user through each step of a shopping experience that is tailored to meet the needs of the customer. Different ways to stay close and to eliminate the distance.

It was also an turning point for showrooms and press offices. Since the buying campaign for the 2021 winter (with Asian buyers unable to fly abroad), many showrooms have moved their activities online, with digital sending of materials and videoconferences to support them. PR agencies have organised virtual press days using Instagram and ad hoc platforms. Maria Chiara Arona of Giorgio Innocenti & C. talks about a day to day working life made up of social relations that suddenly disappeared. “We immediately realised that no press day or presentation would be organised at least until September, so why not create our own 'virtual agency' to present our customers’ new collections on a dedicated platform that could be used by journalists, stylists and influencers, where images and press releases could be downloaded, and where users could link to social profiles or have a virtual experience through their sites. In addition, our chat is always active in order to maintain direct contact and to recreate an appointment or meeting online.” And, to the million-dollar question about how she sees the future of press presentations as well as the continuous cycle of back-to-back fashion shows/fairs/press days, Maria Chiara replies that we can no longer ignore an all-round digital discourse: “The collections will be presented virtually because there will inevitably be less travelling, and this will ensure that everyone is able to participate to your event. I’ve always thought that two collections per year are enough, so if this situation leads fashion companies to have this perspective, surely the change could bring benefits to everyone, companies, fashion operators and end customers.”

And then there’s the hot topic of lookbooks, editorials and advertisements shot remotely via apps such as Facetime, Zoom or even in total autonomy. Gigi and Bella Hadid, for example, are among the models who enthusiastically took up Vogue Italia’s invitation to photograph themselves at home with clothes from the latest collections. They followed the advice given to them ‘virtually’ by stylists and photographers such as Paolo Roversi and Mert & Marcus and created the Italian magazine’s first photoshoot since the quarantine, entitled #FarAwaySoClose (a photo shows Gigi Hadid wearing a Chanel ensemble while playing a video game on her Nintendo Switch: the only accessory, a mini bag full of fish-shaped crackers…So Gigi is just like us?). For the May 2020 issue, Vogue Arabia published four different covers and asked Imaan Hammam, Constance Jablonski, Nora Attal and Eva Herzigova to photograph themselves during the quarantine. The WSJ did the same by putting Miley Cyrus on the cover: she styled herself and took her own photo (and it goes without saying that they all did a fantastic job). Teen idol Billie Eilish looked very stylish in a Burberry ensemble as Vogue China’s cover girl. The portrait was shot by the much sought-after photographer, Nick Knight, a real forerunner with the opening of the SHOWstudio about 20 years ago that led the way for the development of fashion moving images (his mini-movie of Alexander McQueen’s collection, Plato’s Altantis, was a big hit) and scanning the models in 3D spaces. He is currently looking for new faces on Instagram (“where girls have a personality and a story") and is thinking about opening a virtual models agency.Other brands have used a similar strategy to create their campaigns and lookbooks. For example, Zara has asked several models to take pictures of themselves wearing clothes from the new collection, starting with the Polish top models, Malgosia Bela and Anja Rubik, followed by other younger “colleagues”. The result? The Spring-Summer 2020 campaign faithfully reflects the common feeling (especially when it comes to dressing) in isolation. #NoMakeUp, hair in a messy bun or wrapped in a towel, combined with knitted dresses, lingerie or leisurewear outfits, wide jeans, flip-flop sandals or bare feet. Even the styling is more intimate and personal rather than editorial, and the “Instagram spontaneity” effect is assured. Valentino fashion house has already declared that they will use the same strategy to shoot celebrities (from Gwyneth Paltrow to Naomi Campbell) who will take part in the #ValentinoEmpathy charity campaign. Jacquemus, instead, called on Pierre-Ange Carlotti to use FaceTime for his new campaign entitled 'Jacquemus at Home' (featuring Rosalía, Barbie Ferreira and the usual Bella Hadid). He also chose his stylish grandmother Liline for the launch of his summer collection, directly taking the pictures himself…at a safe distance.For now these are experiments – between “making a virtue out of necessity” and divertissement – but we are beginning to realise that this kind of creativity “at a distance” could really become more widespread in the future and create a real wave of 'facetime celebrities'.We are inevitably on the threshold of a new world, where technology will forever change social interaction and the way we work. As a result, even fashion will be radically rethought: there will no longer be a single way of imagining it, nor – above all – a single way of communicating it.