Trade negotiations between the EU and Mercosur are finally in the home stretch: once the difficult question of origins has been resolved, the great market of Brazil will open up to Made in Italy

Business opportunities for Made in Italy in the great market of Brazil could soon abound with the signing of a free trade agreement between the EU and Mercosur. However, arriving at a compromise between the various components is not easy for some of the productive segments involved in the negotiations, especially when it comes to leather shoes, which today pay an extremely hefty 35% import tariff when entering the South American country. The main obstacle to the agreement is the question of origins, as explained by Heitor Klein, CEO of Abicalçados, the Brazilian Footwear Industries Association: “Abicalçados would be in favour of immediately opening up to free trade. For many years, we have faced a certain amount of opposition, and Argentina that is more competitive than us knows it, but today there is only one difference between the European and Brazilian proposal: it’s a question of origins. European companies can import finished uppers for assembly from any country into their own country and label them as ‘Made in Europe’. But we do not consider these to be European products: for us, the origins of the product are where the upper is produced”. 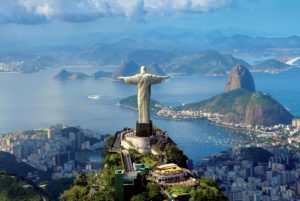 As far as European footwear is concerned, CEC is presiding over the negotiations to settle the matter in a way that is satisfactory to all those concerned: “so that it is possible to obtain – declares Carmen Arias, general secretary of the European Confederation of the Footwear Industry – the best possible deal for leather footwear’s access into Mercosur, also in consideration of future rules of origin”. Assocalzaturifici is likewise making great efforts, through its desk in Brussels, working to reinforce market access to Mercosur, while presiding with the Confederation over the dossier, with the aim of ensuring conditions of fair competition on the markets.

If the agreement were to be approved, Made in Italy footwear would have free access to the immense Mercosur market and especially to the most attractive of its markets, Brazil. With a potential base of 207 million consumers, the South American state is already familiar with Italian designer labels and the high-end range of our most prestigious brands. These operators who interact with the typical consumer of luxury products feel, though to a lesser degree than mid-range and high-end brands, the negative effects of these burdensome tariffs… With their elimination, new opportunities will abound, especially for those Italian brands and firms belonging to the mid-range of “beautiful and well-made” products that already benefit from an excellent reputation on the Brazilian market, and which are just waiting to express their full commercial potential.

The aim of Made in Italy is to re-establish trade practices that are on equal terms. Today, in fact, the trade balance is completely in Brazil’s favour. Between 2016 and the first ten months of 2017, Italy exported 244,649 pairs of shoes to Brazil for a value of 17.36 million euros. Instead, in the same period of reference, Brazil exported 2,283,436 pairs to Italy for a value of 19.4 million euros, duty-free.

The aim is to overturn Brazilian protectionist policies and re-establish conditions of fair competition. We will soon know if such a thing is possible. 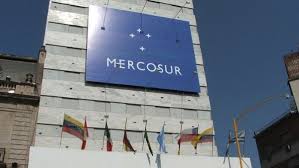 The trade figures with Mercosur

What kind of footwear is exported the most from Italy to Mercosur? More than half are footwear with a leather upper, which is exactly the kind that is at the heart of the debate on origins. These are followed by synthetic and fabric. As far as segment is concerned, 40% is made up by women’s footwear, while the remaining 60% is equally divided between men’s and children’s.

Instead, the footwear imported from Mercosur is above all Brazilian in origin (which as mentioned above accounts for more than 99% of our imports from that area) and are above all with a synthetic upper (around 2/3), followed by leather and fabric uppers, which are mainly destined for women.