In a 2020 made of digital catwalks, live shows on social networks and new e-commerce mechanisms, such as shopping in live streaming, a phenomenon that has significantly picked up speed in the luxury industry is Fashion Gamification 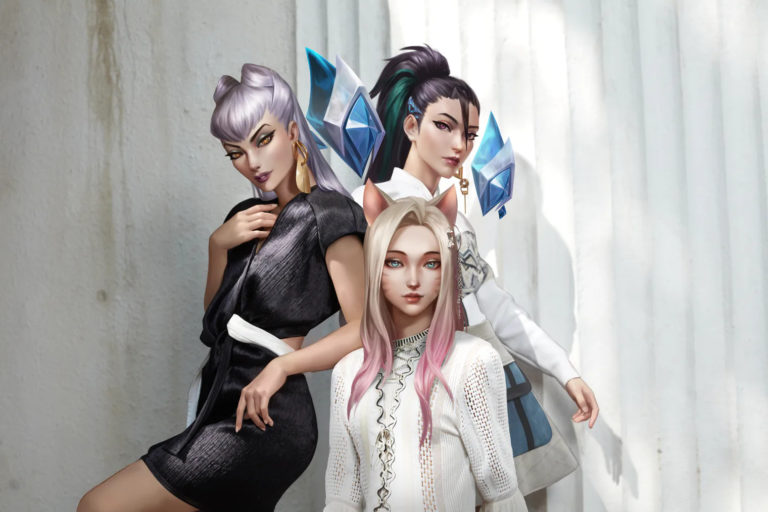 To think of gaming as something niche, only for nerds and detached from the real world, means underestimating a worldwide phenomenon. Research by Nielsen has shown that gamers are no longer “just kids”: 54% have full-time jobs, 46% have children and 43% have at least a university degree. Then there are Millennials: 7 out of 10 use streaming platforms to watch gaming content for at least 6 hours a week. At a time when boutique affluence needs to be contained, video games allow users to be transported into a digital world populated by elements that reflect the brand identity in a fun and engaging way. Storytelling, games, quizzes and points collection can be great tools for developing brand narratives in a creative way. Gamification can provide an immersive experience with the development of innovative and customised customer journeys. According to a survey conducted by students of the SDA Bocconi master’s course in Fashion, Experience & Design Management, promoted by Salesforce in collaboration with the Italian Chamber of Fashion, young people are looking for the involvement of fashion brands before, during and after the purchase. The dynamics of video games are also an innovative and engaging way to launch and promote new products. Taking their cue from the unstoppable curiosity of players to reach the “next level”, fashion companies can unveil their collections through interactive paths that, thanks to augmented reality especially, reduce the physical distance with consumers. As Zsuzsa Kecsmar, CCO and co-founder of Antavo (a loyalty management platform for business and retail). “A loyalty programme can indeed work in this industry without cheapening the brand image.” In order to feel truly connected to a brand, luxury customers need to perceive that they are receiving a “VIP treatment” that rewards them. Gamification allows fashion companies to give users a taste of exclusivity. And, more simply, the collection of contacts through registration to access the games platform allows accurate profiling with a database containing information on individuals, making it easier to offer truly bespoke services, promotions and content.

A luxury brand that has been at the forefront of Digital Communication for several seasons now is Burberry. In 2019, it received a Special Award for being at the top of digital excellence for three years. Take the example of B Bounce and B Surf, in which the avatars wear monogram puffer jackets of their choice. Participants were given various gifts, from customisable gifs to virtual Burberry jackets. There was also a prize, obviously the most coveted and tangible: a real jacket from the latest Burberry down jacket collection, up for grabs for gamers from the UK, USA, Canada, Japan, China and Korea.Burberry was also the first luxury fashion brand to collaborate with Twitch. During Fashion Week in September 2020, the British company used the Amazon-owned streaming platform to showcase its SS 2021 collection. Users were treated to a fashion show set in the English woods inside a circular installation designed by the artist Anne Imhof and accompanied by the music of Eliza Douglas. In addition to discovering the garments from multiple perspectives, participants were able to interact live via chat. The British brand recently entered into a partnership with Tencent Games, the Chinese company that owns WeChat, to include its products in the flagship video game, Honour of Kings, a MOBA (Multiplayer Online Battle Arena) game with more than 100 million daily active users worldwide. It is one of the highest-grossing video games in the world, where 54% of the players are female, an extremely appealing factor.During Paris Fashion Week 2020, Christian Louboutin created a virtual universe on the South Korean gaming platform, Zepeto. The app allows users to interact with each other, just like on any other social network, via a 3D avatar created from a selfie. The designer presented the SS 2021 collection via his virtual alter ego in a techno-Kawai version of Paris. The project entitled “Loubi World” allowed users to try on shoes and clothes, catch a performance by the singer-avatar King Princess and “meet” the designer.

Gucci also had a similar concept with its Gucci Arcade app, launched in 2019, which features a section inspired by the arcades of the 70s and 80s where the most representative symbols of the label are depicted. The first video game to be launched was Gucci Bee, featuring a bee trapped in a maze that players must free while collecting badges and discovering special elements to score extra points. The company then launched Gucci Ace, a virtual place that links the past, present and future of the brand, allowing users to explore the evolution of the iconic Gucci Ace sneaker. Each of the three levels represents a specific era in the history of video games. The first level is dedicated to the 8-bit retro gaming of the past, the second one is set in the era of console gaming, while the third level unveils the future of mobile gaming.

An emblematic case is Drest, a ‘shoppable’ gaming app in which users compete against each other to create their own looks, earning credits for the use of garments from famous brands such as Gucci, Puma, Burberry, Prada, Stella McCartney, Off-White, Chloé, Loewe, Valentino and others. The recent launch of Drest x Supermodels adds hyper-realistic 3D avatars of some of the most famous supermodels and a challenge to create virtual editorials. The CGI versions of Natalia Vodianova, Precious Lee, Irina Shayk, Imaan Hammam and Candice Huffine are available for Drest’s interactive photo shoots, but they are more than just mannequins. Personally selected by creator (and former Harper’s Bazaar UK fashion editor) Lucy Yeomans to reflect the current fashion landscape, the models represent a range of different ages, body shapes and nationalities. Furthermore, when users book a Supermodel, 5% of the booking fee will be donated to a charity of the model’s choice and Drest has pledged to donate 50% of what the Supermodels earn in the game to their respective causes.

Louis Vuitton has also succumbed to the allure of gamification. In 2019, it launched Endless Runner, a video game inspired by the New York cityscape and the 80s style featured in the A/W 2019 men’s fashion show held in Paris earlier in the year. The same year, the French company signed a partnership with US-based Riot Games for the 2019 League of Legends world championship, an eSport that has become a global phenomenon. The brand created a “trophy case” to contain the Summoner’s Cup, the trophy awarded yearly to the world champions of this competition. The collaboration also resulted in a collection called “Louis Vuitton X League of Legends.” The French fashion house and the US company reconfirmed their partnership this year by designing the clothes of K/DA, a group of virtual music superstars who ‘performed’ at the Opening Ceremony of the 2020 World Cup.

It is easy to assume that gaming will become increasingly important, even in the world of fashion. The rise of digital technology accelerated by the pandemic and the need to find alternative ways of approaching new customers (Gen Z and Millennials) have strengthened the relationship between the two worlds, making it a cornerstone of the strategy for developing the customer experience of labels. From Twitch streams to e-sports apparel, the gamification of fashion has just begun.